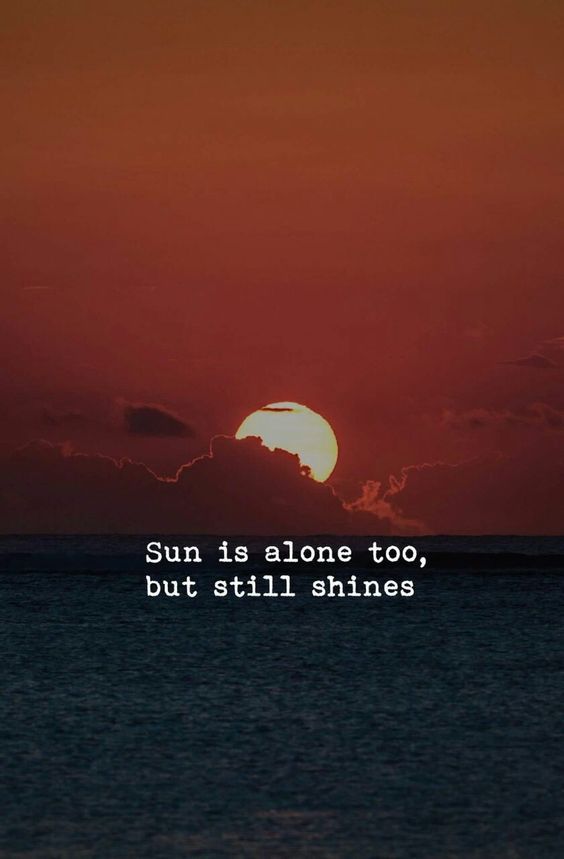 I’ll admit it: I’m one of those people who is just not happy if I’m single, even if I won the lottery. The fact is that being single isn’t easy, especially with how insane the pressure can be to find someone that’s compatible with you.

That being said, it’s really easy for someone like myself to get a bit delusional when it comes to dating. With this kind of delusion, you end up feeling like you’re falling for your latest date, even when it’s clear it won’t work out long-term. And that has a lot to do with your fear of being alone. Not sure if you’re really in love? Look for these signs that suggest you’re feeling lonely and are only into the idea of being taken.

1. You really don’t know much about him.

So, you’ve been on 3 dates. You know he works at a software spot nearby and that he’s into video games. That’s about it. But, oh, he’s the one. You just know it… not!

If you don’t know anything about him, you like the idea of him rather than him.

2. You find yourself excusing him for anything bad he does.

It’s always a new excuse. That time he belched in a 5-star restaurant, it was because he didn’t have Pepto Bismol. That time that he cursed off your friends, he was in a bad mood and drinking made him do it.

Sound like you? Wake up! This is not a guy you’re in love with. It’s a guy you’re desperate to keep because you think it’s better than being alone, despite it being quite the opposite.

If you feel the relationship has an oddly shallow vibe, it could be that it is a superficial relationship, even if you don’t want it to be. A deep, real love won’t ever feel this way.

Most relationships will have points where it’s hard to stay together, and that’s okay. What isn’t okay is when every little thing feels forced, it feels like a constant uphill battle, and you can’t seem to get a break. Iff he’s not even bothering putting in effort, it’s safe to say the relationship is dead and you need to realize that he’s not in love with you.

5. If you were honest about how you feel, you’re really, truly panicking about being alone.

When we panic, we do stupid things. In a fire, we might panic and re-enter a dangerous area to get our favorite possession out. In a “relationship fire,” we may stay with someone who isn’t good for us because we feel that it’s all we can get.

6. People have asked you what you two have in common, and you don’t know how to answer it.

Assuming what you have in common isn’t insanely taboo, this just tells you how mismatched you probably are. If you can’t even answer this question, you have to wonder what you’re doing with yourself.

Owning Alone: conquering your fear of being solo

7. You feel awkward with him.

This is generally a sign that you’re not feeling someone. If you’re ignoring this gut feeling, you need to face the facts: He’s not the one for you.

Do you feel like you’re doomed to be single if he slips through your fingers? If so, this is a typical warning sign that you really aren’t into him as much as you are into the taken status.

9. You regularly hide parts of yourself to appease him or keep him around.

10. Your biggest relief about being with him is being able to flaunt him to friends.

If this is your #1 interest, then you may need to think about that for a second. His most attractive feature to you is to stand next to you. Does that seem like love to you?

11. Your conversations are forced, or mostly about how happy you are.

People who are genuinely in love don’t tend to need to force conversation. It’s something that just happens, and it’s something you’re usually on the same wavelength about.

This is a key sign you’re at risk of this behavior and that you should be worried about your mind playing tricks on you. If you get this way frequently, the chances of this being a “not in love” situation are astronomically high.

13. You think of him as a “pit stop” or a temporary thing until you find a better option.

If this is the case, then you really need to stop fooling yourself. That isn’t love and you’re not in love with him. You’re using him until you find something better.

Love isn’t like that. You don’t just mold him into what you want him to be. He’s not clay. If you can’t stand him as-is, don’t try to change him into someone you’d want him to be.

15. You regularly feel like you have to convince others he’s the one.

Most of the time, this is done because people simply can pick up the vibe that it’s forced. So, don’t try to explain things until it fits your mold. Rather, work on getting the right guy instead of dealing with this one.

Ossiana Tepfenhart is a writer based out of Red Bank, New Jersey. She writes primarily about lifestyle, food, finance, and relationships. You can follow her Twitter.