Esparto,is a rural community in Yolo County California its home to nearly 1900 people

. The unincorporated town is surrounded by Almond, Peach,Pear and Apricot orchards. 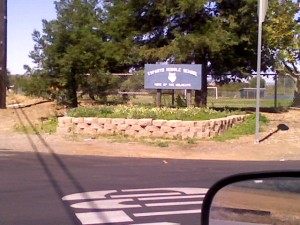 State Route 16 travel through the business district which had been on the decline for several years. 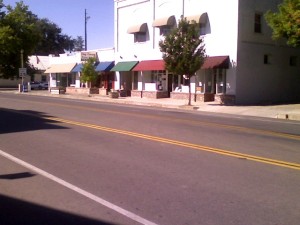 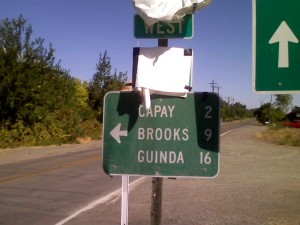 In 1985, Cache Creek Casino opened in Brooks, about 20 minute northwest on State Route 16. Cache Creek is one of the largest Casinos in Northern California.    Ten thousand cars from the San Francisco Bay Area and Sacramento  travel state route 16 every day to and from the casino. 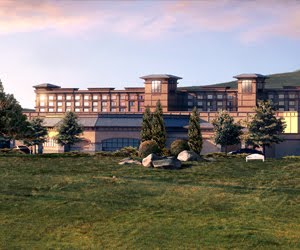 Built in the late 1800’s and located at the corner of Yolo and Woodland Avenues, Wyatt’s General store once sold hardware,groceries and dry goods. In May, Cal Trans shut the five block stretch of Highway 16 over concerns of the condition of the building.   Much of the roof is gone and there is a fear that the brick walls could fall into the streets.   Ten thousand cars a day have been rerouted around the town. 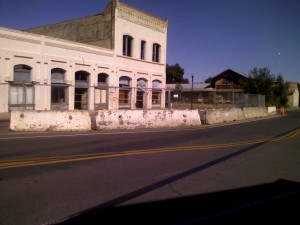 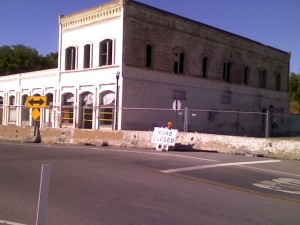 Business have failed in this town that has one service station. One restaurant that opened two years ago across from the Wyatt building, Los Tios estimates he is losing a thousand dollars a week. Even the post office has felt a drop is business. 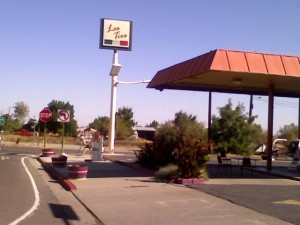 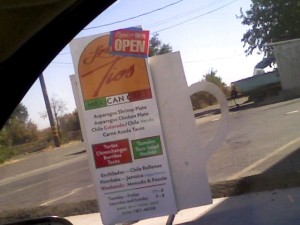 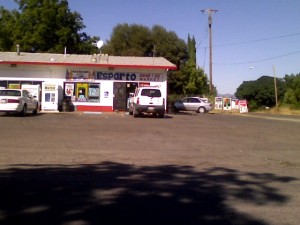 The owners of the building, The Healing Nations Foundation-based in San Diego, had hoped to rehabilitate the building say’s they are short the $82,000 needed to tear down the building.

Many of the locals are understandably angry.  This town without a bank and many services believe Yolo County has

abandoned them and if the town were  Davis or Woodland the county would have found the funds to demolish the building.  So the bleeding continues…………..