In the tense ,pivotal scene in the movie “Moonstruck”  grandpa say’s “someone tell a joke”

The same could be said to host’s of  Liberal talk Radio.  Conservative’s get it.  before he appointed himself God Rush Limbaugh

Love it or hate it Conservative talk radio seems to have a rhythm and if you remove the rhetoric, it seems as if they are winking at the audience.  Many progressive or  liberal hosts seem to beat the listener down. Look what Bush has left us, the Republican are evil people, drive a Hybrid, the earth is dying.

The goal was the be the progressive-liberal answer to conservative talk.  They opened with star power, Al Franken and Janeane Garafalo.  Many in the industry felt,one of the major problems with Air America was the talent wasnt from Radio.  The only true radio professional was Randi Rhodes.

Air America exaggerated.   Perhaps, they believed  with George W in office Americans would embrace an alternative voice.  It overstated the funds it had, money needed to promote the network.  In a very short time  Air America’s  air time was reduced in many markets a victim of low ratings.    With little  or no revenue coming in, Air America couldn’t pay the rent on the stations they owned and in  less than two years after the start of the network, chapter 7 .    The  last light was turned off in January.

is incredibly intelligent,  for many years she was a TV anchor ,she is an author and a few years ago became an attorney.   When I first moved to Sacramento, she was an island of sanity.     Ms Craft ,,like Rush and others she argued or cut off those who disagreed with her point of view, smart she was, entertaining she wasn’t.    Ms Craft is currently a fill in host of San Francisco’s KGO Am 810.

been a voice in the Bay Area for several decades.  He was one of the first black TV anchors and has been a fixture at KGO since 1986. ( he’s on from 1am to 5am).  Ray’s stichk is simple, Republican and Conservative bad and Democrats good.  If you disagree, you’re an idiot.  Slow night? Let’s insult a white caller,  “You’re a silly white woman a disgrace to the kind and bright citizens of Livermore”

The Gold Standard in broadcasting belongs to Ronn Owens,

on KGO since 75 is the highest rated broadcaster in Northern California and the only broadcaster who beats Rush, in the same time slot.(9am-to 12pm)  He has been nominated to the “National Radio Hall of Fame’ three times (including this year)  He has won the “Talk Show personality of the year” and is currently #13 of the 25 greatest Radio Talk show host of all time and he won the prestigious “Marconi Award”   He is funny,charming, love opposing views and entertaining.  he is the cornerstone at KGO.

Exceptions to the Rule 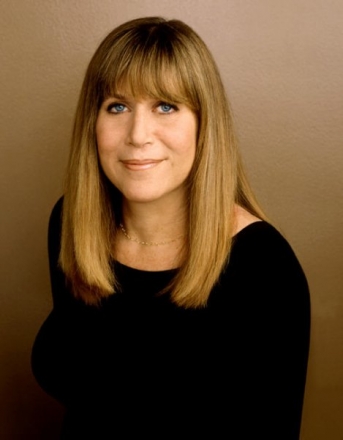 suspended from Air America in 2008.  She reportedly called Geraldine Ferraro and Hillary Clinton whores at a radio event in San Francisco, history was made. she is smart and funny she is heard(12am to 3pm) in the Bay Area on Am 960, Santa Barbara am 1490 and  am 1150 is Los Angeles. on XM Radio Channel 165.

I am still mourning the loss of Stephanie Miller

I should have know better, Sacramento’s KSTE is very conservative and  with the exception of  The Tom Keykis show, liberal or progressive talkers usually last three to six months.  To best describe the Stephanie Miller Show , its like a morning drive time show without music.    Actress, comedienne, Miller is everywhere.  she is the daughter of  conservative Us Rep William Miller who was Barry Goldwater’s running mate in the 1964 Presidential Election.

Miller is often the left’s mouthpiece on conservative talk shows on the Fox Network.   Her  radio audience refers to her as “mama” .   Her show is hysterical, she loves the right .  She can be heard nationwide and on (6am-9am)XM satellite 167, In the bay on 960am, and KTLA 1150 in Los Angeles.  two words catch her.

Will there be another progressive network? Not anytime soon. the industry has taken a hit.  The economy has taken a toll, revenues are down, no multi million dollar contracts this  year.

An alternative voice is needed in the country.  Yes, there will always be those who insight, anger and those who  blindly believe.  At the end of the day, radio is entertainment and the trend is  conservative talk rules.  In the future ,conservative talk may become something else.   Until that happens if your liberal and you want to go into broadcasting, tell a joke.