Lets be clear, refusing to kiss Helen Staudinger of Fort McCoy Florida has its own set of consequences.

According to the Marion County Sheriff Department, Ms Staudinger 92, went next door to speak with her neighbor Dwight Bettner 52, an argument ensued and Mr Bettner asked Ms Staudinger to leave.   She said she would not leave without a kiss 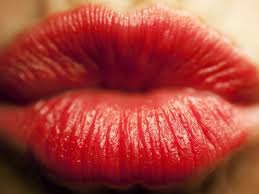 Mr Bettner, declined.   Helen is an old school gal, so she went and got her gun and shot up his house, Bettner was hit with flying debris  but not injured .

Staudinger told a cop that she had planned to “shoot his car that he loved so much.” Investigators believe that she instead “fired diagonally through the victim’s carport hitting the house with all four rounds fired.”

Bettner told police he had on going issues with the enchantress for some time and told her he had a girlfriend at which time she threatened to shoot him.

Ms Helen is now in the big house facing a pair of felonies in lieu of a 15,000 bond.

This is a good time for Mr Bettner to contact a Realtor and be quick about it.    Someone should lend him a copy of Fatal Attraction…..there could be  boiling wabbits  in his future.

3 thoughts on “You Betta Kiss Me!”