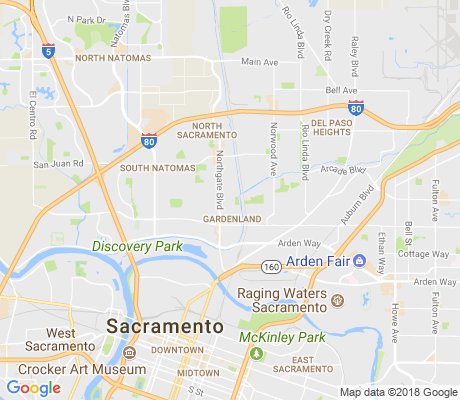 Just north of downtown Sacramento, across the American River lies the Northgate/Gardenland neighborhoods .  Northgate boulevard separates the communities.  Gardenland (the older of the two neighborhoods)  can be traced back to the mid 1920’s ,

In 1926, the town of North Sacramento and the County of Sacramento approved the subdivision of Gardenland. The original subdivision map boundaries are Wilson Avenue to the North, Columbus Avenue and the Reclamation 1000 Levee to the South, Lower Marysville Road (which was later renamed to Northgate Boulevard) to the West, and the Reclamation District 1000 Levee to the East. Gardenland began its transformation from a rural agriculturally-driven community to a more urban community.

There are many generations of Hispanic families who continue to live in Gardenland today it remains a close knit community.  The Gardenland-Northgate area has a relatively high number of “family house-holds” (73% of all households) compared to the City at large (59%).

On the west side of Northgate Boulevard, lies Northgate, most of the homes where built in the early sixties . In this neighborhood  you will find many former residence of the Gardenland neighborhood.   This is also where you will find  David and Laurie Ann Martinez. 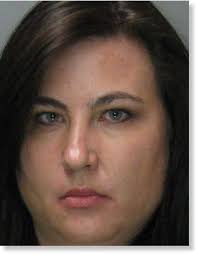 wanted to move from the Northgate Neighborhood, she shared this desire to move with colleagues.  She openly spoke of staging a crime, to convince her husband to move.

Last April 10th, Sacramento Police were called to the Martinez home on Norgart Court, where they found an hysterical Laurie Ann.  Her was shirt ripped opened, exposing her breast , her lip was  split  and she had  various bruises  on her body.   She told police  she  found a “strange man in her house-who knocked her unconscious.  The man raped and robbed her,taking two laptop computers , an Xbox and her purse.

The well planned hoax had possibilities…Until a colleague  told a police about those lunchtime conversations.

The Jig was up.   Mr’s Martinez split her own lip with a pin, she also ripped her clothes  and urinated on herself, she used sandpaper to scuff up her hands.     She bought boxing gloves and her good friend, Nicole April Snyder roughed her up.   Ms, Snyder stored those reportedly stolen items  in her home.  Laurie Ann told police, she tossed her wedding ring on the side of the road.

Be careful What You Ask for…..

The police interviewed two of her co-workers. One of her co-workers told the Sacramento Bee, that she blew the whistle because she was disturbed by how  calculated the conspiracy was. Psychologist adhere to a professional code of ethics and are held to a higher behavioral standard.  “The fact that someone who has been entrusted with care of other people..behaves in this manner should not be able to practice psychology.

The California Board of Psychology agreed and  has suspended the license of Laurie Ann Martinez.

On November 30, the Sacramento District attorney filed two felony counts against  Laurie Ann and her friend Nicole, for alleging conspiracy to commit crime and conspiracy to commit “any act injurious to the public health, to public morals, or to pervert or obstruct justice, or the due administration of laws.”  If convicted, each defendant faces three years in prison, the DA’s office said.

Laurie has got her wish,  she is no longer a resident of Northgate. Her husband David, has filed for Divorce.  She, has posted a 50,000 bail and continues to work at the Folsom Prison.    The hard working residence of Northgate are scratching their heads on this story that went worldwide.   About a woman earning more than the average family in this working class neighborhood and the lengths she took to leave.