If your a car guy, you can lose your mind over a rare flashy car.   You find yourself driving erracticly to get a closer look at a Ferrari or an unfamilar car.   This was the case on new years day in San Francisco.  Flashy cars are rare in city by the Bay.  A city where, if you said your home cost a million dollars it might elicit a chuckle-what did he buy a garage?

Its not uncommon to see a Lambo or Ferrari in Manhattan, parts of LA, Miami even Atlanta.  While imports rule in San Francisco, Honda, Toyota , Bimmers and Mercedes  rarely will you see an exotic car.    U can almost  hear someone in a stuffy British accent saying “Oh my, a flashy car, isn’t acceptable here”.  In the posh hoods of the city, you will see Toyota’s Prius. as many as seven on a single block.

If you want to see flashy cars in nor cal, its the wine county.   In an hour my daughter and I spotted several exotic cars including  a two seater electric Tesla. in downtown Napa.   Wonder how many car closeted wealthy San Franciscans have cars stored in Sonoma county to avoid a Sierra Club beat down?

The automotive world is rapidly changing. While  Japan is slowly putting us in a sleep induced coma and the German( except Audi)  automakers are solely relying on their front grills for that distintive look .  England and America are building intersting cars with  South Korea, is knocking every ball out of the park.

Last year it was  Buick , a brand  ignored by nearly everyone under 60 are atracting younger shoppers.  After an extensive road test, I walked away favorally impressed with the LaCrosse and Regal Buick.   Last fall, I drove a Dodge Charger and Chrysler 300 and was wowed,as both cars where well put together, Chrysler?

So far this year its been the Land Rover Evoque.

New Years day. I’m on llth street in San Francisco, on route to Sacramento when I spot this car in my rear view mirror, the lights has the much copied (usually poorly) Audi signature LED lights.  My intial thought Mercedes, but Mercedes like most cars makes hasn’t been sucessful with the LED’s  and this application was stunning.    So I slowed, hoping to get a better look, the rear was sharp, it looked out of the movie Tron,  Jaguar?  JaguarXF.  Being a car guy, I tempoarily lost my mind.   Instead of headng toward he Bay Bridge, I followed the Jag onto 101,, then onto 280, getting a look from all sides.

The former Jaguar was  stately and boring, were talking Buick country.  Today they’re sleek with very modern interiors.  Like Buick, the Jaguar customer was older , younger buyers  bypassed the Jag in droves.  The XF , I was stalking dates back to 08, however, Jaguar has given the vehicle  a minor facelift resulting in my temporary insanity.   Jaguar The companny’s  former square flagship  was replaced with a  sleek modernbullet shaped model.   Millions saw the the  car on the Telly,during   ” William and Kate” wedding 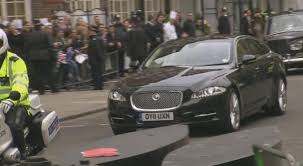 The Jaguar XF isn’t an exotic car..  The minor nip and tuck makes it stand out by day, by night you may find yourself chasing it down.

My Challenge, is to find a dealer who will allow me to test drive the vechicle for a few hours.  Like Buick,  I burmed  the Jaguar bridge long ago.   There are many Land Rover-Jaguar dealers who have read this blog,.   Hoping to find one with a short term memory .   call me… 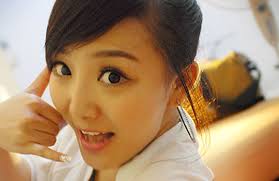