At my other office “Alhambra Safeway” yesterday.  I saw this guy feeling up these huge bags of candy marked down 50%.  Fifty percent ! I thought to myself-and quickly realized my big azz didn’t need s big bag of candy and walked away.   Making my way to the front of the store, I thought to myself  why am I hear at rush hour? Everyone who lives mid/downtown is here.    Luckley I found  an Express lane with only two people..  Directly to my left in the other Express Lane was the candy man and behind him was a lady with a loaf of  bread and a large  yogurt.

Oblivious to the line behind him, candy man wants to chat up the checker, who was very aware of the evil eyes of the people  inline..   Candy man  told the checker, the candy was 75% off , lying his ass off and wanting someone to check…. I knew his game, with so many people in line,  a lot of checkers will just give it to him…   His checker wasnt buying. There was a stand off.       The bread and yogurt lady, began slowing twisting her body in line… which caught my eye- the pissed twist.  Meanwhile the standoff between candyman and the checker continued, with the candyman fingering the candy.  A ( I can’t fucking believe this-I wish he was dead ) sigh from bread and yoguart .  I chuckled, so did my checker,(we could feel her pain) suddenly bread and yogurt dashed behind the women who was behind me.  Within seconds she was out and  in the parking lot .  One car separated ours, I looked at her and said “Its a good thing you didn’t have a gun’  she screamed  YES ! smiled and drove off in her Mini Cooper.

Speaking of Mash up I am so hooked on this one….

His Goodies brought all the BOYZ to the yard

Okay, on first sight, I thought he was a bit old to have pants sagging  a  50-60ish man.  Clearly a fan of Hanes at the West Sac Home Depot.   He was nursing a Starbucks coffee at check out when his pants gave way,  reaching for his pants his Hanes revealed a half moon.   Suddenly he tipped over revealing more than most of us wanted to see. Especially on an empty stomach.   Some Employees and customers ran to his aid , pulling up his pride.  Turns out there was more than coffee in that Starbucks… and the men helped him to an area where he could sit down.

I’m disturbed ( a lot of u are saying-this is news?)  What with da hair?   Whatz up with Callista Gingrich’s hair? It has to be the stiffest mane on the planet.  Does it move?   Is it detachable?  Let hope this is not the beginning of a trend? Newt has more baggage than most Airports, how will this play in  conservative South Carolina?  Perhaps someone will steal of the TV’s

Lions, Tiger’s and Bears, The last time I drove the a park like that, they told us to lock the doors and keep the windows up….       Common Sense isn’t Common.

The most hated man in Italy The Captain of the Costa Concordiae  cruise ship,  Francesco Schettino’s

All of a sudden the boat listed between 60-70 degrees. I tripped and ended up in one of the lifeboats. That’s why I was in there in the lifeboat’

The transcript shows how the coastguard mocked the fleeing captain as he urged him to fulfil his duty by returning to the £400million vessel, which came to grief after hitting rocks off a Tuscan island.

But with his terrified second-in-command sitting next to him, he flatly refuses – complaining that it is ‘dark and he can’t see anything’ – before asking how many fatalities there have been.

As Schettino faces the prospect of charges of multiple manslaughter, causing shipwreck and abandoning ship, the devastating transcript of Friday night’s events appeared to make a mockery of his claims that he had ‘saved’ lives.

I wanna b Strong, can u make me b strong? 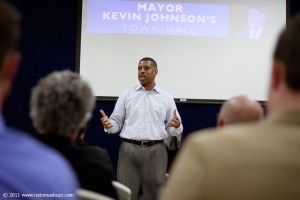 Sacramento Mayor Kevin Johnson want’s a change in the charter that will give him more power.

I know you want to touch me…..Every one does!

She looks good, but will she look THIS good at 60-plus (doubt it)

I could have been a contender  THIS FFIN BITES!

Gop Candidate Jon Santorum actually won Iowa after all by 34 votes.  Days late and millions short! Can you say DARN!

3 thoughts on “Friday mash up”