Its the Esquire IMAX Downtown

Don’t bother with the Regal IMAX @ El Dorado Hills unless you live near by.  The tall screen is larger than the other theaters in the complex.  It much smaller than the Esquire Imax, and I felt shortchanged after seeing last years Thor.

I wish  Cinemark, who owns the Century Theaters off Arden, would tear down the wall and restore the domes with the curved screens to its original state  and that would eliminate the uncomfortable seating angle .

A few years ago,

Cinema West,small theater chain based in  Petaluma opened the Palladio 16 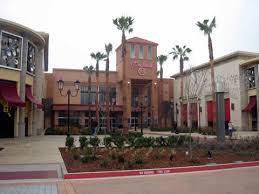 in the very vacant  Palladio center in Folsom.

Nearly every theater in Cinema West in the chain has solar powered roofs.  The Palladio is one of the largest solar powered theaters in the world.

It was the first theater  in Sacramento to offer all digital projection.  The theater has more Digital 3D screens than any theater in California.

And if size matters the Palladio has the

In their big rooms (4 theaters) the screens measure  52 feet by nearly 3 stories.

Did I mention all the big theaters are

The size difference between the Regal Imax and the Palladio big theaters is inches.

Then there are the little things, self service butter (flavoring?) and popcorn seasoning.

Finally there is one seat or box exclusive to the Palladio...

A seat with its own subwoofer that moves with the movie!

Movie Prices are the same from theater to theater. No Cinema in Sacramento offers 3D Digital, Giant Screens, THX and the D-box under one mega solar powered roof.