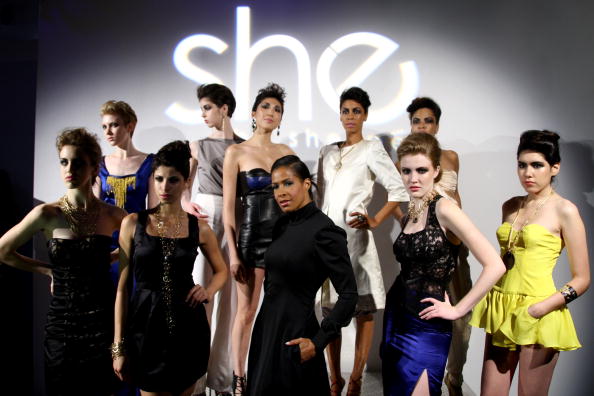 Who and what Sheree wants to portray and who she is out of sync with realty.    Fans of Rhoa can remember Sheree’s pronouncements of wealth…  She was going to get seven figures in her divorced settlementfrom her football player husband (former New York Giant tackle Bob Whitfield).   The Atlanta Journal-Constitution reported she received $775,000 in a lump sum and $113,422  from his retirement funds and $2,142.87 in monthly child support.

In Sacramento, a 6000 sq foot home would cost nearly 3 million dollars,  the same home in Atlanta would cost just over a million.

Rumors of bounced checks, repossessed  homes and cars surrounds Ms Whitfield.   This season, we found a downsized Sheree living in a condo with her sons. Plans of a grand custom home in the burbs never materialized.

On the show, viewers are angry with Sheree’s former husband Bob Whitfield, for not paying child support.     What fans didn’t know.   When Sheree and Bob got divorced, the court ordered them to SELL the house, split the proceeds. And for Bob to give Sheree $425K in additional cash.

The way it was supposed to work is that Bob would pay her $25K up front, and the other $400K once they sold the house.

Well Sheree TRICKED Bob, and asked him if he could give her the $400K early, so that she could get a home for their children.

And after Bob gave her the money, Sheree filed MULTIPLE lawsuits, and refused to leave the house or pay the mortgage. Eventually the bank foreclosed on the house, and Bob lost ALL the equity he had in the home. (Source: straightfromthea.com)

In reality, nice plays if there is a villain…some who hates you and turns your life upside down.  However, if there aren’t any villains (DeShawn Snow) or your storyline gets boring (Lisa Wu Hartwell) you gotta go .

If Sheree wasn’t fired this season, she would have most certainly been fired next season.  Sheree’s fight with Nene and her african phone calls to Kim ( Kim wouldn’t hold a black baby)  seemed like a desperate attempt to stay relevent.   Especially with Marlo nipping at her heels

Nene and Kim who now has her own show ( has the first spin off from RHOA– “Don’t be tardy for the Wedding”) have strong personalities.  Others like Cynthia Bailey is surrounded by family drama.   The jury is out on Kandi Burruss and Pheadra Parks.

Sheree Whitfield has left her mark on The Real Housewives of Atlanta.   I’ve chosen my favorite scenes.