Can he walk and chew gum?   I don’t know. But it appeared Chris Brown couldn’t dance and sing at the same time.   His dancing ( borrowed lovingly from Michael Jackson  )was  excellent.  But unlike MJ, his vocals skills couldn’t keep up with his dancing skills.

Years ago, someone said Paula Abdul‘s kiss of death statement on American Idol is when she would begin her critique with“well you look good” 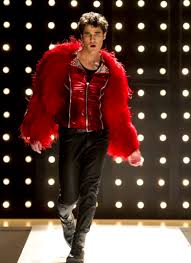 J-Lo outfit  was inspired by Glee and  Kinky Boots that’s the only inspiring thing can be said about her performance .

“I had a dream, a dream about you, baby.

They think that we’re through.

When I woke from that miserable dream I was poor with credit cards.  No Audi A7 with driver. No private Jets, personal assistants.     Saturday, afternoon my swine credit card wouldn’t work at the pumps at the Chevron on Richards Blvd.  So I had to get into line, with people buying last minute Powerball tickets.  Twenty two minutes in line watch people bless and kiss their tickets .

Wanna work for the Sacramento KINGS?

They said, the Sac Kings would generate Jobs.  Well, boy howdy!  Jobs they have..   40 new jobs.  Manning the phone at the Sleep Train Arena.   According to Fox 40, these jobs pay $8.00 an hour.      That a  bit less than Wal Mart and considerably less than In N Out Burgers.  Were sure their hidden perks .