Its gonna be hot in Sacramento. Not warm,  freekin hot ,anywhere from 103 to 108.   Every summer, even after  20 years,  I question the wisdom of my move to Sacramento, if I were in San Francisco, I would need to carry a jacket.  Anything over a hundred means you stay indoors.     This weekend,I plan to freeload, using someone else’s good cold AC perhaps a mall…..

The Week In Review

Season opener was a yawn. Nothing can match the years family brawl opener a couple of seasons back .(See Below) This year it opens with the devastation of Hurricane Sandy.  Please forgive me if I don’t shed a tear for the lost of their second homes.    Its been a year since (a whole season) since  brother and sister (Joe Gorga and Teresa)and their families have spoken, their young children miss each other.   Rosie ( soon to be my favorite lesbian on Tv) cant find a date..   “On one internet encounter   she said the picture was of  a nice blonde girl, what she met was a huge bleach blonde with bad teeth.    Some empty nesters bike, paint, watch Maury-not Caroline Manzo, she loves Joe Gorga and wants to open the door of hell and  help him  with HIS family problems……  While this was a yawn,  RHOJA made headlines during taping,. Bravo’s teaser suggest this year will be juicy.

SERIOUS!  .Mr Douglas timing is everything.   So you tell  the world , throat cancer can be caused by a virus contracted by performing oral sex on women.  One wonders….  Right after playing Liberace and deep throating Matt Damon in the HBO movie :”Behind the Candelabra”     This wasn’t a runaway random tweet !   He tawked to a reporter.    I’m sure his wife  Catherine Zeta-Jones was happy, happy, happy, he was so free to share the news.    Michael , who was diagnosed with the throat cancer  in 2010, said at the time that drinking and smoking were culprit..   Micheal received great reviews for the movie… Perhaps too good!  Next time ,throw a football Mike!

I have never quite understood why some people need to Facebook every other moment of their lives.  They post pictures of the food they’re about to consume in the restaurant.  Download picture of the cute  cat  next door.   Enter Cathy Wrench Cashwell 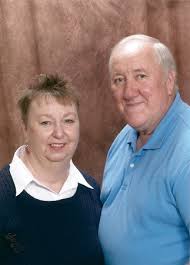 of North Carolina   Her life spiraled  out of control in 2004 .   A shoulder injury was so severe, she couldn’t reach, bend, sit, squat  or grab, she was in terrible, terrible, pain..     In 2009, her life changed.  In a large building at the corner of Fairfax and Beverly Blvd in Los Angeles.   A voice from the heavens said  Cathy Cashwell ‘”Come on Down”   Cathy rose from her seat and ran (it was a miracle ) .  The angels were with her as she won a prize , later that morning the frail woman, was asked to spin a very large wheel,  a feat requiring her to raise “both arms above her head and grip the same handle with both hands.”  another miracle, Cathy spun that large wheel.

In what seems to be another brilliant move, she also posted a photo on her Facebook page that showed her riding a zipline, yikes.

Wednesday: Something In the Water?

Oooooooh  the FBI was in the Capitol a few days ago.   The target was the offices of  State Senator Ron Calderon ooooooh. The FBI also raided the senators LA office..    Speculators believe the issue is water, namely the Central Basic Municipal Water district in Commerce .  The Senator’s brother, Tom Calderon  is a paid consultant for the company.  The Senator sponsored a bill in 2011 that would have given the water district control of the groundwater in the area.

Some believe, Calderon has been in the FBI’s rader for some time.  The Sac bee says he has accepted forty grand from lobbyist since 2000, more than twice as much as other law makers.  He is known for being business friendly.  The Fair Practices Commission questioned him and other lawmakers  for not properly reporting gifts.

This year he is carry a bill backed by the fireworks industry that would allow fireworks to be sold during Christmas.   If he is successful, the sky’s may be a bit brighter on the 25th

Thursday: It Sucks when a Professional Pickup Artist can’t get picked up or Arrested

Double B (Bryan Barton) charges men $225 for 15 hours of instruction in how to pick up women.   B, takes his students to local restaurants, malls and places where the ladies gather to teach this art form.    He has been kicked out  and banned from most of area malls including Arden Fair.

This banning from malls have spawned some media attention and probably a few clients.

So on thursday, B with a small entourage-a mix of students and media was going to fight for his right to mingle.   He went to mingle central (the Food Court) and reportedly  chatted  up a few hott women in the sixties ( looking sideways) the women told The Bee that while Barton did intrude and sat down uninvited, he was very friendly and they didn’t want to be rude. They said he spoke about First Amendment rights.

“I see no problem with him (bringing students to the mall), so long as he teaches them to back off if they’re not interested,” said Teresa Greenlee, 64.
So with his letter banning him  from the mall in hand, he reportedly walked over to Sac PD  who ignored him. Then he and his entourages went to the security desk, Nothing!    Then he went to the administration office, NOTHING!!  The office was closed.
Double B’s intent was to get picked up by the Po Po, embarrassed he told his entourage he was disappointed .   The pick up king couldn’t get picked up.     MEGA FAIL!