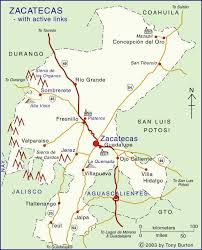 is 1600 miles from Sacramento, in the state of Zacatecas, a mostly rural state known for embossed belts, cowboy boots , an macho men with serious swag .

The city of 230,000 is also one of Mexico’s main trafficking routes. Two drug cartels – the Zetas and the Gulf Cartel – that are fighting for control of Fresnillo.

So how did an openly gay singer and night club owner become mayor?

Singing is one of the areas where Mexico has readily accepted gays. “Given that I’m a singer, people know that aspect of me,” Medrano said.   The other factor is the way Medrano handles the political aspects of gay issues.    He has attended gay rights marches, but he doesn’t campaign on gay rights, and in fact doesn’t agree with many of the movement’s main demands.

Medrano doesn’t support Gay Marriage.  I don’t share that view, because we are still very small town … in short, we’re not prepared, in my view,” he said. “Not yet, anyway, because we have strong roots in our religion, and in our customs.”

“I am going to be mayor of a township… where there are 258 villages full of tough country people, who don’t necessarily have much information on what’s happening elsewhere, and have even less of an automatic sympathy with their gay mayor,” Medrano told AP. “But,” he added,” it’s not like I’m going to paint City Hall pink, either.”

But he criticizes gay politicians who refuse to come out, saying he’s “very proud to be the first openly gay mayor in this country.”

Medrano was elected July 7th and takes office this September.