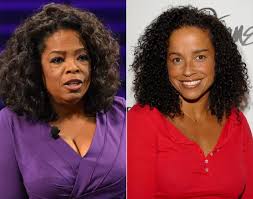 Rae Dawn Chong – Oprah Winfrey’s co-star in “The Color Purple” – blasted the talk show queen in an expletive-laden radio interview, crudely comparing her to a slave.

One thought on “Rae Dawn Chong on Oprah ” 60 years ago she would have been a house keeper ” Ouch!”