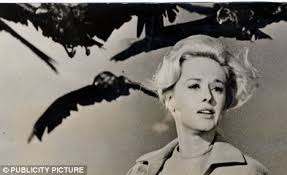 Sometimes its about the sex.  Just about the sex. No romance , no phone calls, you don’t want the complications of a relationship.   It’s about just getting your swerve on….

Many men, believe they own the exclusive rights to those feelings and often struggle with women who do.

Entering from stage right is Tiffany.  She is divorced mother with an adult daughter living on her own in the Sacramento Area. She is happy with her life ,career and after three stalled relationships, she simply wanted sex without commitment.

Tiffany met men online.  They would meet at a restaurant or Starbucks and talk before having physical dessert.  She preferred men in their late thirties and forties she wasn’t ready for cougar town.

One late, late, late, late night a young man started  talking to her, sending her pictures.  The man was 24 and said he liked older women.  They talked throughout the night.  She liked what she heard, they agreed to meet.   But there was a problem.   His car was in the shop and he lived in Oakland and she was in 90 miles away in Sacramento.

This was against her rules.  One, he had to have his own transportation.  Two, he needed to be local.  Three, no overnights.

No car and in Oakland, she thought no ,I’ll just wait until his car is fixed.    But he countered, a room at Jack London Square and a great dinner.

I asked her why she went.  After all, meeting him broke all of her rules. No car, out of town, and an overnight?  She said, he was pretty and a gifted brotha.

He lived in the hills just above East Oakland.   When he opened the door he looked even better,(that always a concern when you date online-will he/she look like the picture-was the picture taken this decade) however, when she entered the house there was a stench and within seconds she knew why.    Her evening boo, had large Parrott’s who had the run of the home.   She said when the birds flew round, the drapes moved-she was terrified.  He (as all pet owners say) the birds were harmless.   She said, she sat of the sofa with her purse on her head for a few minutes ( In my twisted mind, I pictured a black Tippi Hedren running screaming through the Oakland Hills being chased by flesh eating birds)  and decided it was safer in her car .

The two drove to Jack London Square, and area filled with restaurant’s and shops.  She envisioned a seafood restaurant on the water.  He choose a family restaurant three blocks away.  She said it was difficult to hide her disappointment, what next she thought Motel 6?

As promised he took her to  a hotel across from the  Square.  They checked into a room with two small beds.  She immediately turned around and went back to the front desk  and asked for a room with a King bed.  It was $20 higher, at the time she didn’t notice her date shifting his legs.

The late evening exceeded her expectations, the morning was a complete disappointment.  She wanted breakfast, he wasn’t hungry.  He wanted to know when he could see her again.  He complemented her. Told her stories about other( younger) women.  The conversations was making her uneasy, the confident man she spoke to online a few night ago became a needy little boy.    It was time to go… she told him she had to work.

On the drive back. he asked to stop at a Liquor store.  Sitting in the car, she thought to herself, she should buy water for the drive home..  Inside the store, she noticed her date was counting out a coins from a small bag.  On the counter was a cigarette, and a few pieced of penny candy.  He asked her what she wanted?  She glared at him as he was counting his coins for a  second time.   He returned a piece of candy.

As she pulled in front of his house, he abruptly kissed her and asked if she wanted to come in for a few minutes.  She reminded him she had to work.

As she was driving away, she was thinking, broke ass……..

After the date , the man repeatedly called her, wanting her to drive to Oakland.  His car?  Still in the shop.

Listen to this golden oldie

One thought on “Adventures in Online Dating 2014B: 25 cent cigarettes and The Birds”