I’m not a fan of Sport Utilities Vehicles.  First and foremost, they’re not much fun to drive, they are not fuel efficient, and not especially roomy( Mini vans  generally offer much more room take up less space and drink less gas). However, they make a lot of money for the auto industry anywhere from 5 to 20 thousand per vehicle. Nearly every automaker has a  Sports Utility Vehicle.

Initially,SUV’s where based on truck platforms. Today truck based SUV’s are less then 10% of the market.  Today SUV’s are crossovers, based on car platforms.   These vehicles are lighter and more fuel efficient.    The fastest growing segment are the compact and subcompact SUV’s.

The Ford Escape is based on the Focus platform.  Introduced  in 2013, the second generation Escape  is sleek and slippery and completely erases the brick like generation one from memory.

As with most crossovers, getting in and out of the Escape was very easy. The front doors are extra wide.    Front leg room was very good for this 6.4 big and tall man.  However, the driving position was  narrow due to a very wide console.  If your a wide person, try before buying.

I drove the Titanium ,the top level which, came with very comfortable leather seats and while the driving position was very narrow, not once did this big man need to pull over on route to Reno.

The rear seat comes up short on comfort and leg room.  If your passengers are over 5.10. they wont be happy for long.   The seat cushions are very thin .

The Escape was very solid and extremely quiet.  Ford has upped their game on the new models.   The feel is Benz and BMZ solid. ( Never thought I’d say that about a Ford)

In this era of  8 and 9 speed transmissions, Ford six speed was flawless on the 300 mile trip.  The Escape was fun to drive(yes I said it), the 2.0 Ecoboost was no joke.  The last SUV that brought a smile to my face was the Mazda CX 5 ,but it was noisy ,so I was aware of speed.

The combination of quiet and power kept me well above the speed limit and I averaged 21 MPG.

This vehicle was well thought out.  From the one handle fold down rear seats and abundant  power supply sources,  to its fantastic foot activated lift gate.

(You don’t have to put your package down in the rain to open the door.  If the key is in your pocket simply wave your foot under the bumper and the door opens and then wave again and the door closes.. Good job Ford!) 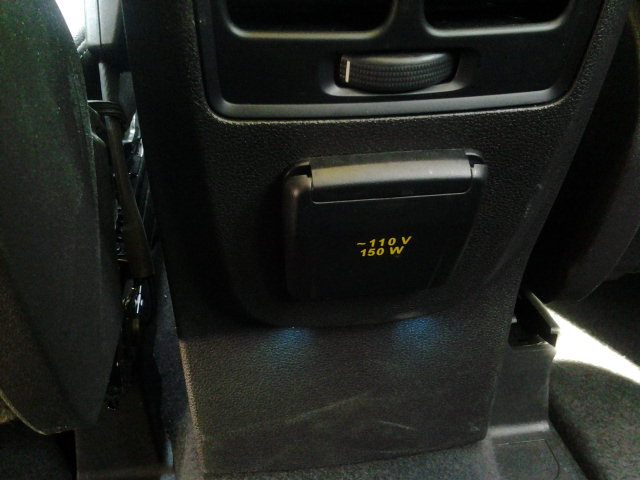 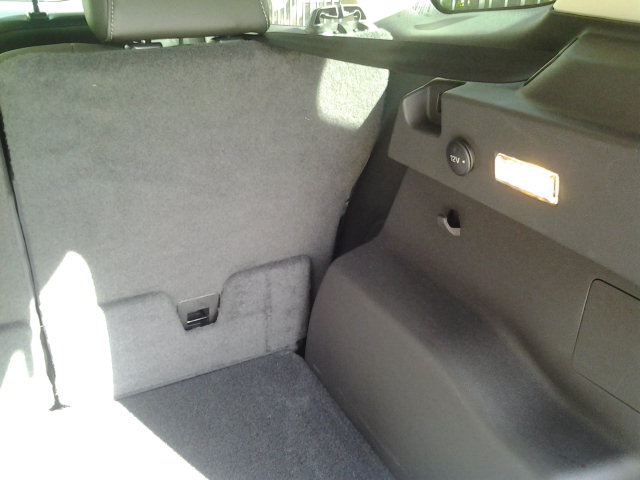 There is quite a bit of usable room behind the rear seats.

Power sources in the armrest with a place to store cords and business cards. 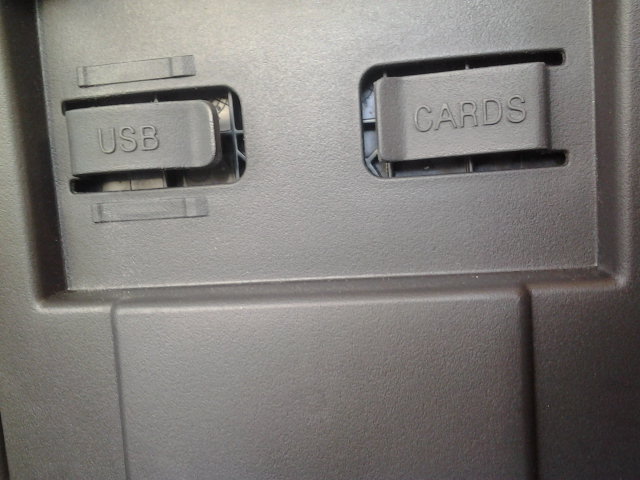 Fit and finish was good, I noticed a few gaps here and there, it wasn’t bad but  not great.

Ford was one of the first car companies with an Infotainment systems.  First with  voice recognition (Microsoft  My Sync) system which works well. And then with my Ford slash Lincoln Touch.

The Ford system, like other infotainment systems are very confusing and overly complicated, requiring several steps between applications.

Now add driving to the mix.  Ford continues to offer updates to fix response time, it hasn’t been enough for many owners.   It took three try’s to link my cell to the Ford Touch.

The Ford Touch is the only option on mid level and upper level Fords.  On the Escape S, a basic radio with a traditional power button is the standard radio.

Of all the manufacturers only, Chrysler-Fiat and Kia-Hyundai seems to get it right.

Apple to the Rescue?

Ford isn’t the only company having problems with its infotainment systems.   A few months ago Apple announced Car Play.

Car Play is a rebadging of “iOS in the Car,” which Apple revealed at its Worldwide Developers Conference in 2013.

“CarPlay has been designed from the ground up to provide drivers with an incredible experience using their iPhone in the car,” said Apple’s vice president of iPhone and iOS Product Marketing Greg Joswiak. “iPhone users always want their content at their fingertips and CarPlay lets drivers use their iPhone in the car with minimized distraction. We have an amazing lineup of auto partners rolling out CarPlay

The first examples of CarPlay will come from Ferrari, Mercedes-Benz and Volvo, all of which are premiering the technology in various car models this week. Other automakers like BMW, Ford, General Motors, Honda, Hyundai Motor Company, Jaguar, Land Rover, Kia, Mitsubishi, Nissan, PSA Peugeot Citroën, Subaru, Suzuki and Toyota will be rolling out CarPlay-compatible cars down the road.

Owners of Android, Blackberry and Windows phones  may have to wait a few more years.

The Escape was fun to drive, its a solid rich driving experience.  With a good storage behind the seat.  It’s small foot print makes it a compelling buy for those living in the city  Its pricey 23,000 to 38,000 for a  well equipped Titanium version, enters BMW and Acura territory.   Unlike other small SUV’s, the Escape  with the 2.0 Eco-boost ,can tow up 3500 pounds .(however you lose the nifty foot lift gate)

Ford’s eco boost engines have not reliable.    There is a law suit from owners of the 3.5 Eco boost engine.  Some some owners of that 3.5-liter V-6 EcoBoost engine, also used in some Lincolns and Ford cars and SUVs, have sued Ford because the engine doesn’t run right, they say.

Ford won’t discuss the lawsuit, but the symptoms it cites — stalling and power loss — match complaints that Ford addressed last year in a bulletin to dealers, and by making a running change on the assembly line. (USA Today)

Last February, Consumer Reports found that many of today’s turbocharged engines fail to live up to their advertised promises of better fuel economy and strong performance. Ford’s Fusion with 1.6-liter EcoBoost became the chief bad example, being “among the worst” in real-world mileage among midsize sedans, including some powered by conventional, non-turbo, larger-displacement, four-cylinder engines.

• Last year, Fusion and Escape SUVs with 1.6-liter four-cylinder EcoBoost engines were recalled several times for coolant and fuel leaks that could result in fires.

Every single Ford, with an EcoBoost engine has received a negative rating in Consumer Reports Annual Auto Report published every April .

The Duratec 2.5 has better than average ratings.

I have driven three small SUV this year.  The Ford Escape, Kia Sportage, and the  Mazda CX-5.    Of the three, the Titanium Escape was by far my favorite. However, if I had to choose, it would be the CX -5.   It doesn’t  have the Escapes’s power and it generates a lot of road noise, but it has more room front and back  get better gas mileage and its a blast to drive.