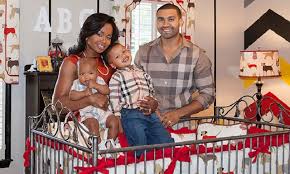 2014 has been an embarrassment of riches for BRAVO.  Two of the cast member’s from the New Jersey franchise, Joe and Teresa Giudice are going to Jail and on tonight’s season 7 premiere of The Real Housewives of Atlanta was focused on Phaedra Parks and the sentencing of her husband Apollo Nida.

Before we go there, let lets visit the lifestyles of the, well Atlanta Housewives

Nene is forever fabulous. In her own words…..“I’m a performer: I act, I sing, I dance, I run businesses—I’m a mogul! Honey, I run everything.” She learned a lot from Donald Trump, self promotion even if its all fiction,promote it!!!

Kenya, (wait, cue bad acting music)    Kenya has been traveling the world since we last saw her, laid out by the former Mrs Stewart. (please take out your hankies).     She is haunted by the humiliation, she suffered when Porsha took her down.   No one helped her, they all ran to that youngsters defense.    She shares her sad tale with the ever so perky Cynthia, who forgot she supported Porsha but, the was so last season and is now there for Kenya.

Cynthia, has moved on.  Nene is a non factor. and now she has time for everyone, including her unofficial housewife husband Peter.  Her modeling business is back in the original site.  Peters business is without a home.  It appears the landlord didn’t pay the rent and the building was foreclosed.  They are looking for a new home for “Bar One”. and they are Happy, Happy, Happy!

Peter wants her to be a partner in the new business…….. Can someone say, he needs a LOAN!

Kandi:  Kandi and Todd are expecting.  They didn’t have much of a honeymoon and now a big bundle of joy is heading their way.  His 18 year old daughter  is moving in.  Todd didn’t know she existed until she was 5.  They are newlyweds with two different styles of parenting.   Meanwhile ,flying some where over their home is Monster Joyce.  Why don’t they move down to Valdosta, her broom wont fly that far.

Porsha: she has a secondary role this season.  Porsha has a new weave line  and Kandi met up with her during a photo shoot. One of the best lines of the night is when Kandi asked  her  if she’s been letting anyone, suck on her new, store bought breasts….   In a bad cut, we find them talking about the reunion fight and Kenya pressing charges on Porsha.   The underground Railroad specialist said “I mean I don’t know law, but she had a warrant so I had to turn myself in.”  Pearls of wisdom… Moving on.

I will be honest, this situation left me all over the place and at the end, everyone lost.

Stand by Your Man

The world knows he plead guilty  guilty to wire, bank, and mail fraud as of that taping he did not know what his sentence , it could have been 30 years.

Loyalty is important to me.  It doesn’t mean your condoning the act, your supporting the person.   Your child or your friend who murders someone.  You go to court for them.

Phaedra left their home, took her two boys and went to a hotel during his sentencing  She says to avoid the paparazzi .  However, the day of… there is no paparazzi at their home, just her husband, her children s father alone in their home.

Apollo, is not the sharpest tool anywhere.   Let say, Apollo was hurt and angry.  There confrontation should have been an opportunity to say I’m sorry.  Apollo talked about his contributions to the marriage and talked about money.  What was missing was remorse, he tried to assign blame. He talked about  how she asked him to pay the mortgage after they got married even though she said she wouldn’t, and how he hasn’t touched any of the money he made.  What was missing is I messed up.  I’m sorry for my actions and the cost to you and my sons.

Come on Phaedra, Come on now!

She tells Kandi no one sees her when she’s emotional, or when she cries at night. Sorry, she comes off as a cold woman.

Phaedra is a very intelligent woman, a women with a law degree. A women who owns several businesses.      A woman who married a man with no college degrees who had spent most of his life on the wrong side of the law.

I was married a long time.   What wife doesn’t know what her husband does? Where he works and the sources of his income?  If I suddenly, drove up in an hundred thousand dollar Mercedes, meeting would he held.

Especially, if your law attorney Phaedra Parks married to a convicted felon.

I am not knocking felons.   I’m not buying her reported innocence.

Last season (6) I commented on the state of their marriage.   There was a clear disconnect.   The couple was barely speaking and when they did, there was anger.

What touched me the most, was the emotions of Mr President, their youngest child.  He could feel the tension, and only reluctantly went to his dad.  That sad.

As for the rest of the season…not sure…

See ya next week.

Would love to hear your thoughts.