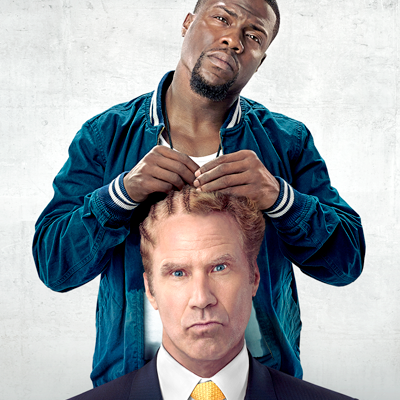 The genre that started out celebrating male friendship has become a travesty of itself, as Hollywood trawls the racist, homophobic depths

You can actually see the moment the bromance genre, for so long one of the most reliable and lucrative of Hollywood film genres, dies – and appropriately enough, it happens in a men’s room. It’s always interesting to witness the death of a film genre. Sometimes it happens in an act of gleeful murder. In 1988 the brilliant Heathers stabbed the then ubiquitous 1980s teen film through the heart with satire, and buried it forever beneath layers of irony. Clint Eastwood did something similar with the genre that had made his name when he released Unforgiven in 1992, a revisionist western with no good guys that, instead of glory, is filled with guilt and grit.

But the more common method is for a film genre to commit self-slaughter through laziness. The most recent one to throw itself upon its sword is the bromance, and the metaphorical sword in this case is the execrable new Will Ferrell and Kevin Hart comedy, Get Hard.

Chances are you’ve already read about this film, and chances are what you’ve read is the extensive criticism it has received for its homophoic and racist script that makes the movie look at least 20 years more dated than the worst Richard Pryor 1980s comedy. The movie’s plot, which was possibly written on a piece of toilet paper in a Los Angeles private members’ club, involves a rich white dude (Ferrell) getting lessons from a poor black man (Hart) about how to be tough so he can cope when he goes to prison. I won’t risk your brain cells by quoting scenes – suffice to say that it epitomizes everything that has destroyed the bromance genre from within over the past decade. Moreover, it illustrates how bafflingly conservative Hollywood has become.

Contrary to popular belief, Judd Apatow – director of The 40-Year-Old Virgin and Knocked Up – did not invent the bromance. The bromance has actually been around for decades, from The Odd Couple to Lethal Weapon, and is just a twist on the old buddy movie, but with greater fetishisation of male friendship. So Butch Cassidy and the Sundance Kid: buddy movie. Point Break: bromance. Although it’s easy, and understandable, to dismiss this genre as junk, some of the funniest comedies Hollywood has made in recent years have been bromances: Anchorman, Zoolander, Superbad.

Heck, some of the best movies of all time have been about male friendship (specifically, Ghostbusters). But as one of my favorite film writers, the New York Times’s AO Scott, wrote last year, bromances have become “a cesspool of nervous homophobia and lazy racial stereotyping”, and few films have typified this more than Get Hard, a comedy entirely about the fear of male rape and how black and white men are essentially different species. The specific scene in which the bromance dies comes when, for reasons too stupid to elaborate, Ferrell – a gifted comedian who is fast rivaling Robert de Niro for his penchant for signing on to films that are beneath him – attempts to give another man a blow job in a men’s toilet stall, reaching towards the penis but simultaneously recoiling in disgust. It is an appropriate end for a genre that once celebrated male friendship but is now crazed with a fear of seeming gay.

To understand how this has happened, you only need look at the romcom. After the heights of the romcom in the 1980s (When Harry Met Sally) and early 1990s (Pretty Woman), the genre was overstretched and debased with utterly disposable pap (Failure to Launch, Serendipity). Studios thought they could stop worrying about things like scripts and credibility and simply stick stars such as Reese Witherspoon, Matthew McConaughey and Kate Hudson in front of the camera. The genre that once spotlit women’s love of romance ended up depicting women as deranged harpies driven gaga by wedding hunger, who were humiliated on screen, either for having jobs (The Proposal, Sweet Home Alabama), or their baffling inability to walk (Miss Congeniality – sure, she seems scary because she’s a grownup, but look! She always falls down!). By the mid-2000s, the romcom was superseded by the bromance, and exactly the same process happened again: a genre that was once aimed at a specific gender ending up reducing that gender to the lowest common denominators and spitting in its face. Where romcoms decided that women are crazy and desperate, bromances decreed that men are all homophobes with the maturity levels of six-year-olds.

What’s especially weird about these genres is that they’ve ended up depicting men and women in a far more insulting way than they were depicted in movies made 30 years ago. In 1980s romcoms such as Romancing the Stone and Moonstruck, the women are allowed to have jobs without this being depicted as proof of some kind of moral failure on their part. Try to think of a mainstream movie now in which a woman is more successful than a man and that’s seen as just fine. I’ll save you the time – you can’t, and a lot of that is down to romcoms, which were so concerned with universal accessibility that they ended up depicting women as idiots.

Similarly, to see how low bromances have brought men, you only need to look at a film made 30 years ago to which Get Hard bears more than a passing resemblance: Trading Places, starring Dan Aykroyd and Eddie Murphy. In fact, the opening 20 minutes of Get Hard are so similar to Trading Places – with some scenes being next to identical – that at first I thought the modern film was a remake. But where Trading Places mocks racial stereotypes, Get Hard embraces them; Ferrell’s black girlfriend’s face is almost unseen in the film as she’s too busy twerking the camera in hot pants. And where Trading Places’ depiction of prison is of a place of lost freedom and violence, the phallically obsessed Get Hard seems to have confused it with Sodom.

This is what happens when film- makers stop bothering with things like writing, and as Hollywood studios become more dependent on money from non-English speaking countries such as China, and therefore focus less on scripts, it will happen more and more (there is a reason superhero films are now the dominant genre).

So, so long bromances, you had a good run. But your fear of homosexuality and black people proves you no longer have any balls.