For years, discrimination against east and south-east Asian people has been an invisible problem. It’s time to support those speaking up for equality 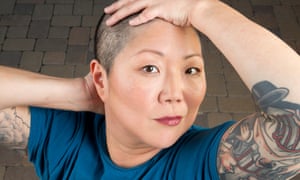 Public figures such as the comedian Margaret Cho are beginning to change the lack of representation in the media. Photograph: Dan Tuffs for the Guardian

It was recently reported that Janette Tough – best known for her 1980s role as Wee Jimmy Krankie – has “yellowed up” to play a male Japanese fashion designer in Jennifer Saunders’ upcoming Absolutely Fabulous film. This led to the “yellowface” debate rearing its ugly head in the media again.

I’ve found myself having to explain, once more, to fellow journalists and friends, why an actor painting their face yellow in order to portray an east Asian character is offensive. 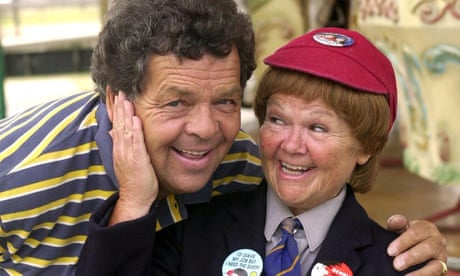 Tough is best known for playing schoolboy Jimmy Krankie in the long-running comedy duo The Krankies. Cho said she was “very disappointed” that producers had not chosen an Asian actor to play the role.

“I love AbFab but #YELLOWFACE is something I cannot watch – I just can’t,” she tweeted. “It’s sad when heroes are no longer heroic. Too bad. #racism.”

Cho first tweeted the yellowface accusation on Monday, but has continued to do so after coming in for criticism from Twitter trolls. Some accused her of racism herself, while others suggested she had deliberately sparked the furore to promote her current European tour, which includes two shows in London this week.

A persistent lack of representation in the media means that racism against east Asian and south-east Asian people isn’t taken as seriously as other forms of discrimination. The problem isn’t just a lack of visibility, but our under-representation among those in positions of power. There is a dearth of commentators to speak up on behalf of Asian people, and a lack of commissioners, producers, scriptwriters and casting directors able to handle the problem sensitively – either by being Asian themselves or being aware of the issues.

For the record, yellowing up is offensive. It plays into years of unequal power dynamics in spaces such as acting, where the dominant ethnicity has historically enforced rules that keep minority ethnicities excluded, and anything that maintains this inequality is wrong.

Yellowing up is the same as blacking up: it maintains the assumption that only white people are allowed to play parts written for minority actors. And it perpetuates the idea that minorities should be silent, fetishised, and spoken about only by the dominant ethnicity: the idea that we don’t, and perhaps should never, have a voice of our own.

Bastardising a feature of any ethnic group is racist. Painting a face in yellow makeup to denote an east or south-east Asian person is dehumanising. It is offensive to characterise an entire ethnic group, or to lump groups together, using a physical stereotype.

Earlier this year the actor Gemma Chan said that some of the statistics regarding east Asian actors made her think, “you are more likely to see an alien in a Hollywood film than an Asian woman.” If society isn’t accurately represented on screen then we’re left with a distorted picture of the world.

When I was growing up, I can’t remember seeing a single positive character played by an east or south-east Asian person. At one end of the negative spectrum was white actor Mickey Rooney’s disgracefully racist characterIY Yunioshi in Breakfast at Tiffany’s, which underlined all the obvious problems of yellowface. But then there were also the more subtle stereotypes, such as sexually promiscuous and subversive female Asian characters, or ruthlessly intelligent but evil male Asian characters.

In my own fleeting attempt to work as an actor, I was told by an agent that I’d have to learn all the east Asian and south-east Asian accents as, given a lack of available western parts, this would enable me to secure the most roles.

The situation is now, relatively, a little better, with spokespeople such as the comedian Margaret Cho and organisations such as British East Asian Artists, but the lack of east Asian and south-east Asian people on screen is brought into sharp focus each year with the arrival of Christmas advertisements. Over the last nine years, John Lewis’s Christmas ads have featured an east Asian or south-east Asian person only once, and for less than two seconds – as an extra, out of focus, riding a bus. Last year, I watched John Lewis’s lonely penguin ad being filmed in the park 100ft from my home in Tower Hamlets (an area of over two-thirds ethnic minorities), and it failed to include a single east or south-east Asian person.

EastEnders, which is set in east London, an area with a large east Asian community, is one of the UK’s highest-rated TV shows, yet has never featured an east or south-east Asian character apart from a female DVD seller, in a role that lasted six months. Hardly anyone, it seems, ever complains about these omissions.

The way the yellowface debate has been discussed in the media in the last few weeks has, at times, felt almost as offensive as the act of yellowing up itself. It has raised three important issues. First, it’s not necessarily your fault if you aren’t aware of how outraged some people are by yellowface. The problem is that we hear only from the people who can’t see the offence: non-Asian people. And these are the people who set the agenda for what is offensive. Other voices are forced to the margins.https://cm.g.doubleclick.net/push?client=ca-pub-7526622147976638

Second, too much emphasis is placed on social media as a measure of public opinion. An exclusive club has formed on Twitter based on blue ticks and large follower numbers. And those with the power to set the agenda are more likely to listen to the people with the loudest social media voices. It’s important for east and south-east Asian people, including me, to speak up about this issue.

Third, there are some inequalities that need to be addressed with urgency. The history of east and south-east Asians is unique, and in some ways we are seen as having it easy in comparison to other minority groups. For this reason, we tend to shy away from fights over equality and representation.

Many of us, lacking role models and encouragement through diversity schemes, will never have considered a career in the media. But the discrimination we experience is real, and it is a problem. We must not feel as though our fight isn’t as crucial as those of other people – and we should not be afraid to speak up.