It was Thanksgiving that brought me to Pensacola Florida. The merging of families from California and Puerto Rico.

Pensacola, Florida is located in West Florida several hours away from Tampa, Orlando and Miami.  Many people know Pensacola for the large Naval Air Station.  During Thanksgiving most of the hotels in the area were full.

Pensacola was the site of one of the first European -inhabited settlements in what would later become the United States of America.

The town is has a population is 51,000.  After checking into my hotel I drove around and sensed  there wasn’t much going on  and there wasn’t a large crime rate.   All the Police Cars were showroom new  Ford Explorer’s

Dont go a-speeding late night in Pensacola as there were Ford Explores hiding in the shadows of darken shopping centers along  Davis Highway waiting for an unsuspecting motorists.

After getting a late night quarter pound hot dog and a big gulp at a Seven Eleven  As I was leaving, I noticed quite a few cruisers with sirens blaring going by.    Its nearly 3am, and like a  normal average guy  I joined in on  chase in my rented Focus.  The chase ended at A Velero Gas Station. Sven or eight cruisers surrounding this poor young Hispanic guy and his dog. What a crime wave ! .

It was a family visit so I was unable to fully take in the city.

Sorry mom, but my daughter in laws Turkey is much better than yours. Its something in the preparation,  the turkey was juicy.  Even though most of her family spoke Spanish and my family didn’t communication wasn’t a problem.   A traditional Puerto Rican Thanksgiving and a Californian Thanksgiving which meant extra Best Food’s Mayonnaise in the potatoes.   My daughter made her first multi-story chocolate cake.

My son, who is typically shy and wouldn’t harm a flea. Talked me into going to Best Buy on Black Friday. This isn’t the first time, there is something about Best Buy’s  There must be something about mowing down a senior citizen or stepping on a shut in ,that excites him*.

I learned a lot of older Canadians choose this part of the state preferring the pace in  Pensacola area over Central and South Florida.

Below is a picture of Pensacola Beach 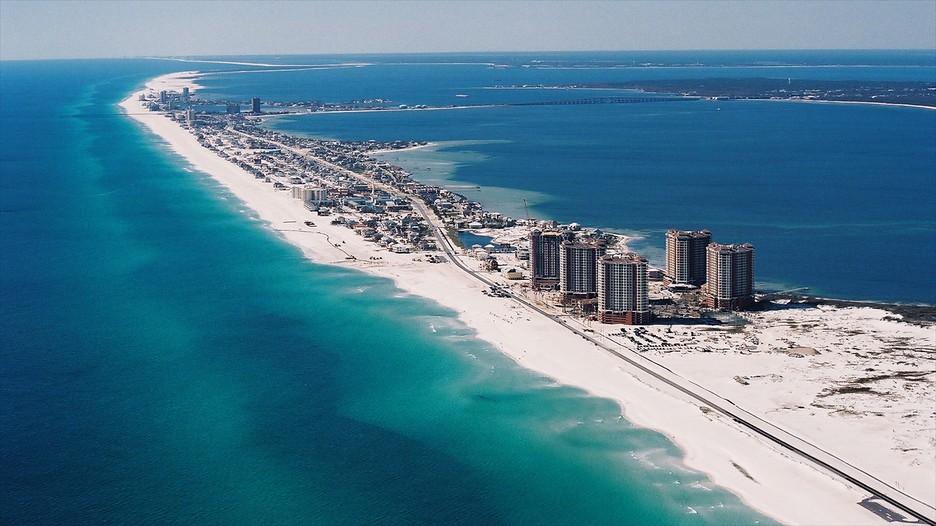 I don’t do Hurricanes (I’ve seen the Wizard of OZ) I’m a Californian, I do Earthquakes