Out numbered.  The news wires said there were 25 to 30  members of the Traditionalist Worker Party  vs 400 counter protesters.   The Traditionalist obtained a proper permit from the California Highway Patrol to hold a rally.

Before the rally, there were some on social media threatening to attack the Neo-Nazis.  Some of the Neo-Nazis armed themselves. Anarchist (men and women wearing masks) reportedly attacked members of Neo-Nazi ensighting the riot. 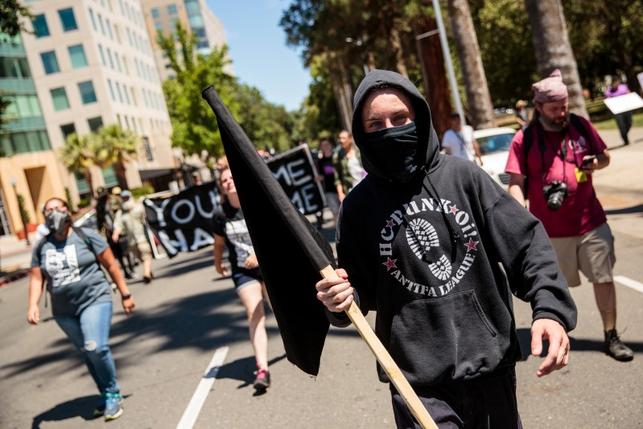 I am not defending the Worker Party, from what I know of white supremacist, they wouldn’t want support from this black man. However, they were outnumbered 20to 1, common sense dictates its very unlikely someone the smaller group would have physically attacked the counter group.  If you look at the video feeds, it was the Neo-Nazis who were being chased.

I have had experience with Anarchists in the Bay Area.  I have watched them put on mask as they walk up the BART stairs. I have witnessed them attack people for attempting to keep the peace in Oakland.  I have helped pull a group of people off an individual who  attempting to put out a fire on Telegraph Avenue in Downtown Oakland.

The soul purpose of anarchist is chaos.

I believe most counter protesters came in peace. The majority weren’t wearing masks. They came to object to the message of hate.  However, once a random projectile strikes you, your world and intent changes.

Unfortunately we are seeing a resurgence of  white supremacy , individuals who believe they are superior to people of color and others who do not meet their standards. There are protests planned nationwide. Its unfortunate, were ever they protest, violence is likely to follow.  In areas where there message resonates with locals, counter protesters will be attacked.

This is America, I may not like their message, but they have a right to speak.