Located off the coast of Menorca Spain . The 143 acre island has been up for sale by the family that has owned it for more than a century.  The island  boasts two sandy beaches, rugged cliffs and woodland.

It also has a 18th century house ripe for renovation and a wooden cabin nestled in the pine forest. But that isn’t all. The island, which is part of s’Albufera des Grau’s Natural Park, has a boathouse and a jetty.

According to estate agents the family is selling the island for 5.9 million the island also has a disused mine and the footprint of a house once used by miners that could be rebuilt on the same site.

In the 1700s the island was used as to quarantine a group of 268 soldiers who had been enslaved in Algeria before being returned to Spain after a treaty was struck. As they came from an area infested with the plague the soldiers were required to live on the island until their health was guaranteed.

Three died and a memorial was erected in their honor, and is still standing today.

The island was purchased by Antonio Roca y Varez in 1904 for just 7,850 pesetas (about $53.US in today’s money) and has been used as a holiday retreat by the same family ever since.

Potential purchasers however should be aware that the island attracts day trippers who come make the short crossing in boats and canoes during the summer months.

The island is also home to a huge colony of seagulls and is home to a species of lizard that is unique to the island.

The private residences at the Four Seasons in San Francisco offer buyers the best in downtown San Francisco condo living with the amenities of a luxury hotel. Residents enjoy the hotel’s Olympic-sized indoor pool, world-class fitness center and spa, 24-hour 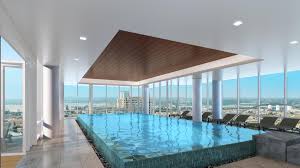 security and doorman. Homeowners also have access to round-the-clock room service through the hotel.

There are still a few condos available .  A three bedroom 3.5 baths  with nearly 2600 square is selling for $5.9 million