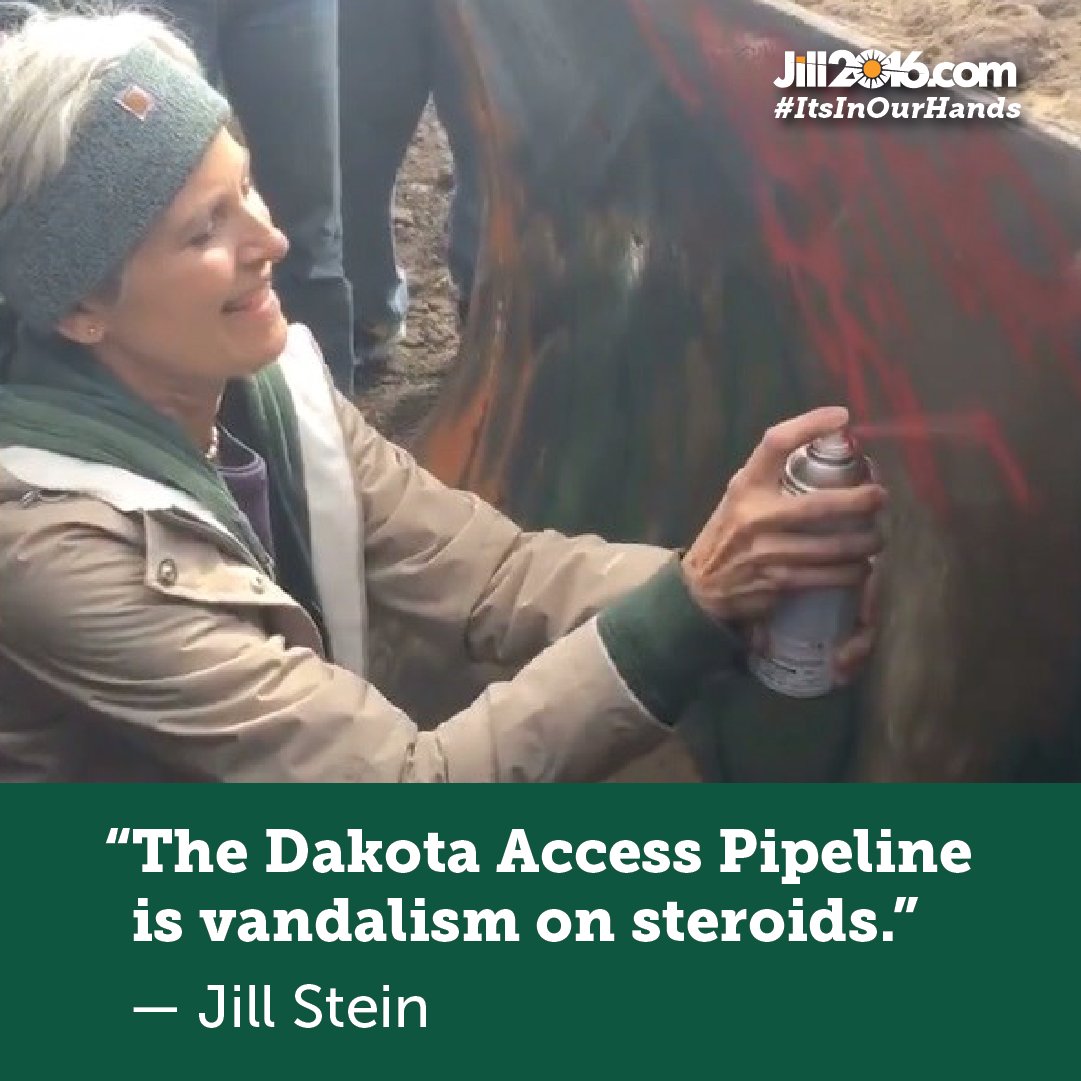 Donald and Hillary avoided the topic.  Major oil companies want to pipe oil underneath Indian Reservations, Lakes and yes under the mighty Mississippi River that provide drinking water to population centers and farms.   Massive daily protests have been taking place for months.  Did you see it on the ABC,CNN, FOX ?  If only the millions of people who might be affected by a leaking pipe knew?   Fracking by the oil companies has already contaminated  water sources in several states.  Some bloggers believe the government is assisting the oil companies by keeping the story quiet.  Conspiracy ? 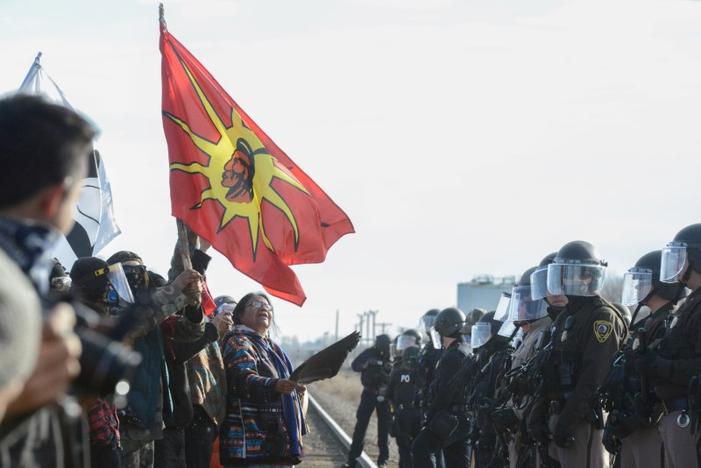 Protesters have a stand off with police during a demonstration against the Dakota Access pipeline near the Standing Rock Indian Reservation in Mandan, North Dakota, November 15, 2016. REUTERS/Stephanie Keith
By Liz Hampton Reuters/Houston

The companies behind the Dakota Access Pipeline asked a U.S. court to intervene in the fight over its completion as demonstrators fanned out across North America on Tuesday to protest the controversial project.

In what could be the largest demonstrations to date, people gathered outside Army Corps of Engineers offices, banks and energy companies, a day after the U.S. government delayed granting an easement for the pipeline’s construction in North Dakota. Police used mace and arrested several protesters in Cannon Ball, North Dakota, near the path of the pipeline, and the site of ongoing protests since the summer.

Energy Transfer Partners, the main company behind the pipeline, and its subsidiary, Sunoco Logistics Partners, filed papers on Monday night in U.S. district court in Washington, D.C., seeking declaratory relief to “end the Administration’s political interference in the Dakota Access Pipeline review process.” They noted that the delays have already cost them more than $100 million. 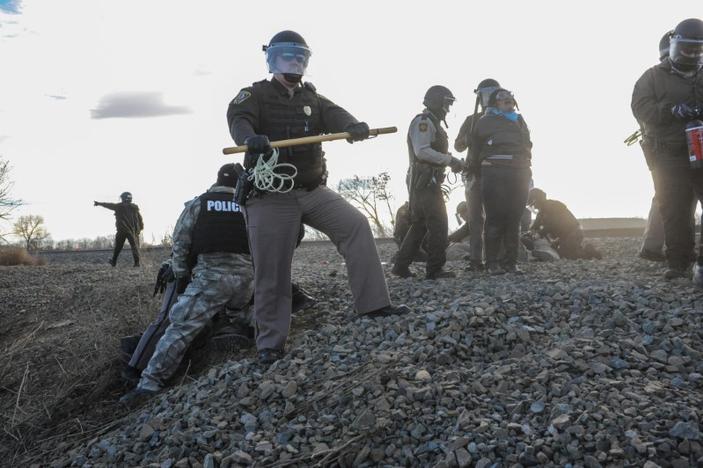 The $3.7 billion Dakota Access project has drawn steady opposition from the Standing Rock Sioux tribe as well as environmental activists who say it could pollute nearby water supplies and destroy sacred historic tribal sites.

More than 200 protests were called by indigenous leaders in support of the tribe and to get the U.S. government to stop the pipeline, according to Dallas Goldtooth, a spokesman for Indigenous Environmental Network, one of the organizers.

Demonstrators got an early start at the main camp in Cannon Ball on Tuesday, as a black pickup equipped with a bullhorn circled the camp at 7:45 am central time (1345 GMT) asking people to get ready for protests.

“There’s a lot of bad things happening in the world and people feel like they have no control but this is a very direct example of how people can fight injustice,” said Austin Patrie, 20, who rode a motorcycle over 1000 miles (1609 kms) from his home in Kalamazoo, Michigan to take part in the Cannon Ball protest. 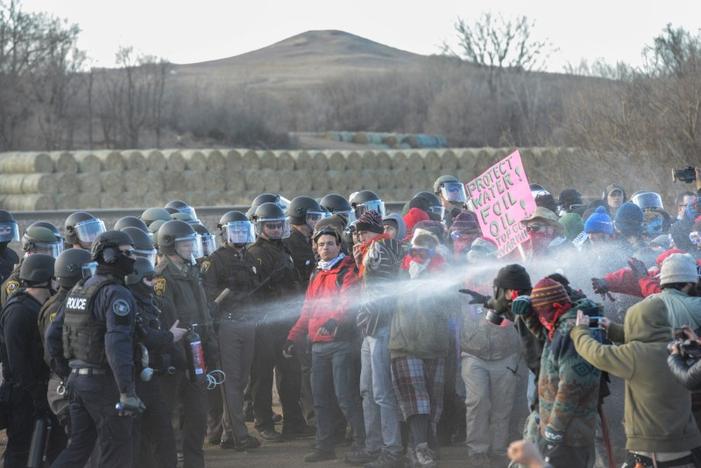 The companies are seeking an easement to tunnel under Lake Oahe, the water source at the heart of the protests. On Monday the Army Corps delayed that approval, which was seen as a partial victory for the protesters.

The Army Corps said it plans to get more input from the Standing Rock Sioux in light of the tribe repeatedly being “dispossessed” from its lands in the past. Government officials have not said how long the process would take, according to a source familiar with the matter.

Construction of the 1,172-mile (1,885-km) pipeline is nearly done. The only work left in North Dakota is the segment to run under the lake, Energy Transfer said last week. The company has been moving drilling equipment to the site in anticipation of being able to start tunneling later this month.

Energy Transfer has said the pipeline would be a more efficient and safer way to transport oil from the Bakken shale of North Dakota to the Midwest and onto the U.S. Gulf Coast.

“To propose, as the Corps now does, to further delay this pipeline and to engage in what can only be described as a sham process sends a frightening message about the rule of law,” said Kelcy Warren, Energy Transfer’s chief executive officer, late Monday.

Did you hear Hillary or Donald Mention the Massive Protest in North Dakota?

Analysts said Tuesday they still expected the pipeline to be completed. “What is less clear is the startup date, and the exact routes,” said Afolabi Ogunnaike, senior analyst at Wood MacKensie, a commodities consultancy.

Tuesday’s protests are taking place outside Army Corps offices and major banks financing construction of the pipeline, such as TD Bank and Citigroup.

In Houston, Texas, more than 150 demonstrators gathered outside ETP’s offices, chanting “water is life” as a jazz band played. Bridget Lois Jensen, a 53-year-old Houston resident, said Americans need to wean themselves off fossil fuels. She was not hopeful the pipeline could be stopped.

“Maybe the Army Corps will look at this, but this city and much of our economy are built on oil and gas,” she said.

The protests come as Dakota Access is expected to win the support of President-elect Donald Trump. He has expressed strong support for development of energy infrastructure projects, including oil pipelines.

Warren donated more than $100,000 to the Trump presidential campaign.