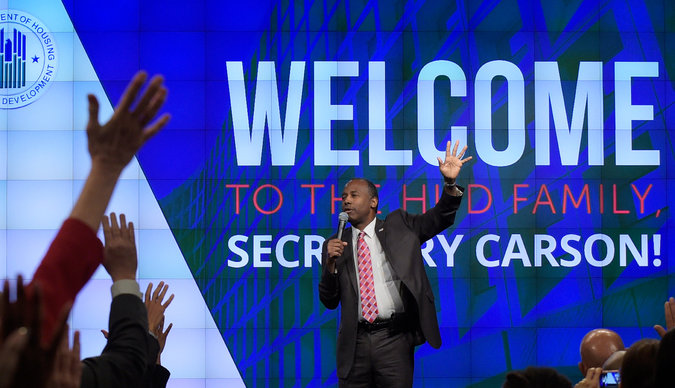 It’s funny till it isn’t.  Benjamin Solomon Carson is a brilliant surgeon,devout christian and reportedly a very nice man.  Dr Carson is an educated man. A Yale graduate, he is written many books and he is a very successful motivational speaker.

Many of Dr Carson’s positions are based on his religion.  Ben Carson is a Seventh Day Adventist.  It would be safe to say that he is anti gay.  He believes homosexuality is choice, he has said  Gay individuals are more protected than Christians and believes people who support gay marriage are trying to get rid of the Bible . This is all public record.

Dr Carson struggles with some in the black community . He likened The Affordable Care Act (Obamacare) to a form of slavery. He has publicly criticized blacks who disagreed with him, saying they weren’t able to think for themselves.  Born and raised in Detroit ,Dr Carson, struggles with the notion of institutional racism and believes black people should avoid government handouts that made us (Blacks)a welfare state. He benefited from a government handout, glasses.

During his campaign, perhaps to appeal to black voters,he ran an ad in Atlanta,Birmingham, Memphis, Miami,Little Rock and his home town of Detroit, that featured his speech interlaced with rap music. Dr Carson initially supported the ad,later he said it was done without his knowledge, that “it was done by people who have no concept of the black community and what they were doing”, and that he was “horrified” by it.

Dr Ben Carson, by all accounts is a nice man and was a nice kid growing up. However he was criticized by some during campaign of having low energy, boring.   He told variations of a 50 year old story where he attempted to stab a friend who changed a radio station and the knife hit the intended victim’s belt buckle and broke.  The purpose of story was  illustrate a moment of unbridled fury that led him to find his faith. Someone might question the timing of the story, perhaps it might make him appear less nice.  He abandoned the story after the press asked which variation of the story was accurate.

Yesterday,a friend without going into detail texted me asking me about Dr Carson?  Another friend texted me saying the word of the day was coon (an insulting term for black people).  Sometime in the day I googled Ben Carson.  In his first speech as the new secretary of the Department of Housing and Urban development described African Slaves to immigrants. Despite his extensive education, he painted a picture where African Slaves were free to leave the bowels of the ship where they would  join the immigrants on the Lido deck and share dreams about their new lives in America.

I wasn’t in the audience, but I can imagine the shock and horror and humiliation from many of  black employees in the audience experienced . Joy of Joys, our new boss.

Monday evening Dr Carson, defended his speech by saying “You can be an involuntary immigrant,” he said, adding that “slaves didn’t just give up and die, our ancestors made something of themselves.” He continued, “An immigrant is: ‘a person who comes to live permanently in a foreign country.’

Dr Benjamin Carson is a brilliant neurosurgeon, well liked and respected by those who knows him. He is the lone black in 45’s cabinet, another unqualified individual who will learn on the job.