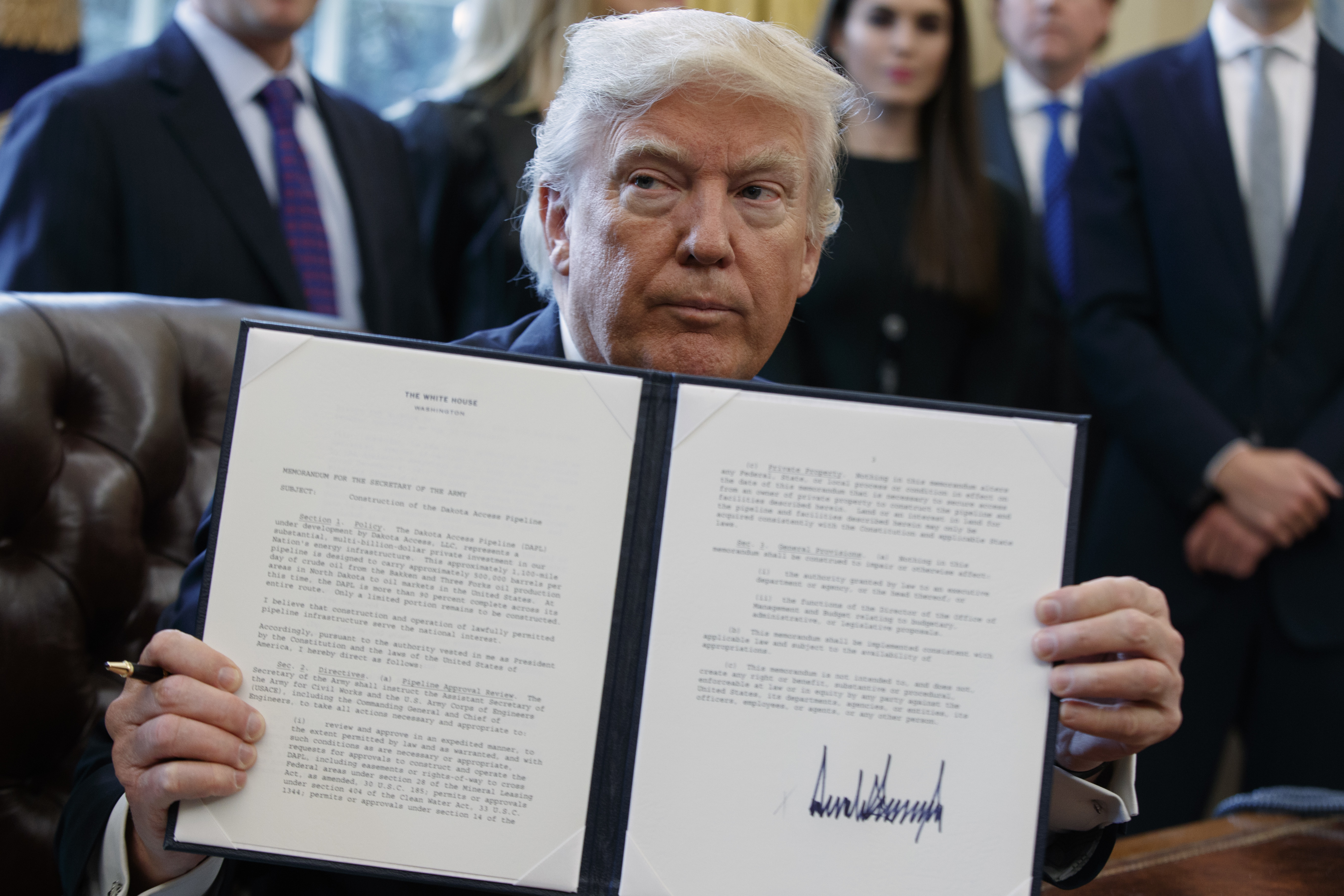 Perhaps he was looking for Ultra Conservative Cred. On Monday, 45 reversed an Executive order put in place in 2014 by then President Obama that prohibited the federal government from contracting with firms that discriminated based on sexual orientation and gender identity.

Way, way, waaaay back in January. 45 told LGBT right advocates basically not to worry, he had no plans to rescind this protection.  But that was January.

The White House on Monday afternoon released a copy of an executive order signed by President Trump. The order revokes all or part of three previous executive orders concerning federal contracting.

The biggest concern was,,the Fair Pay and Safe Workplaces order.  That order required  companies receiving large federal contracts be able to demonstrate that they have complied for at least three years with 14 federal laws, several of which prohibit discrimination based on sexual orientation, gender stereotyping, or gender identity.

The 14 affected federal laws and regulations affected by the new Trump executive order also includes Executive Order 11246, signed in 1965 by President Johnson. Executive Order 11246 prohibited federal contractors from discriminating in employment based on race, color, religion, sex, or national origin. Four years later, President Nixon added discrimination based on disability and age. In 1998, President Clinton added sexual orientation. And in 2014, President Obama added gender identity, plus prohibited federal contractors, too, from discriminating against their employees based on these categories.

President Obama’s signing of what was called Executive Order 13672 was hailed by many LGBT activists as protecting “millions” of LGBT workers from discrimination. It applied to companies who sought federal contracts in excess of $500,000.

Companies seeking such contracts had to demonstrate that they had not violated the federal laws listed in the previous three years. And federal agencies could not award contracts to such companies unless the companies were able to “explain mitigating factors.”

“It’s sending a message to these companies,” said Taylor, “…that the federal government simply doesn’t care whether or not they violate the law.”

Few people in the states of California, Oregon, Washington, New York and Massachusetts, know in 2017, gay people can lose their jobs for simply being gay.