We know Common Sense is anything but common.

Somepeople, (lets hope they aren’t anyone you know)  have appeared as clowns at movie theaters all over the world dressed as clowns.

Listen, my screaming began as I was buying the ticket.  Being the manly man I am,  I continued to scream throughout the movie.  Last week, if someone sat next to me wearing a clown suite.  They may have entered the theater looking like Pennywise however, they would have looked like someone else when they left. . 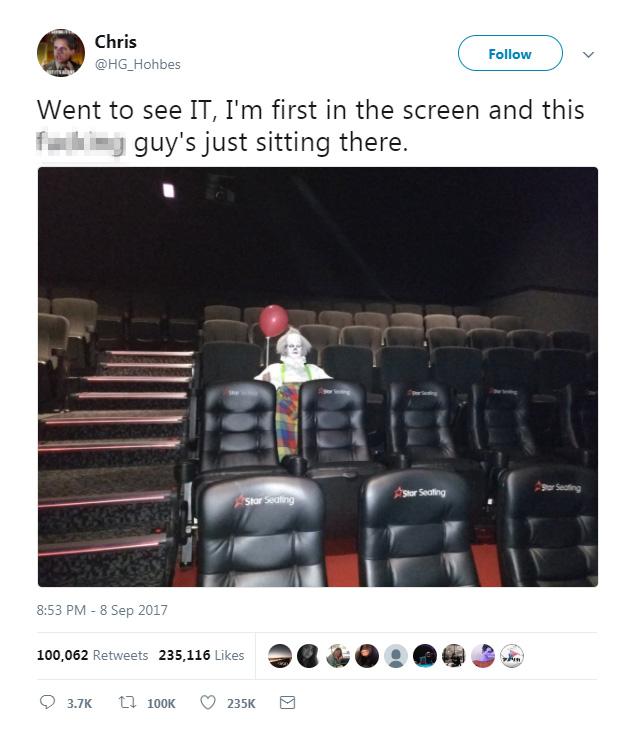 From the UK Sun
NO LAUGHING MATTER

That’s because a handful of jokers have decided that the horror film would be more enjoyable to watch if they went along to the cinema in full clown gear. 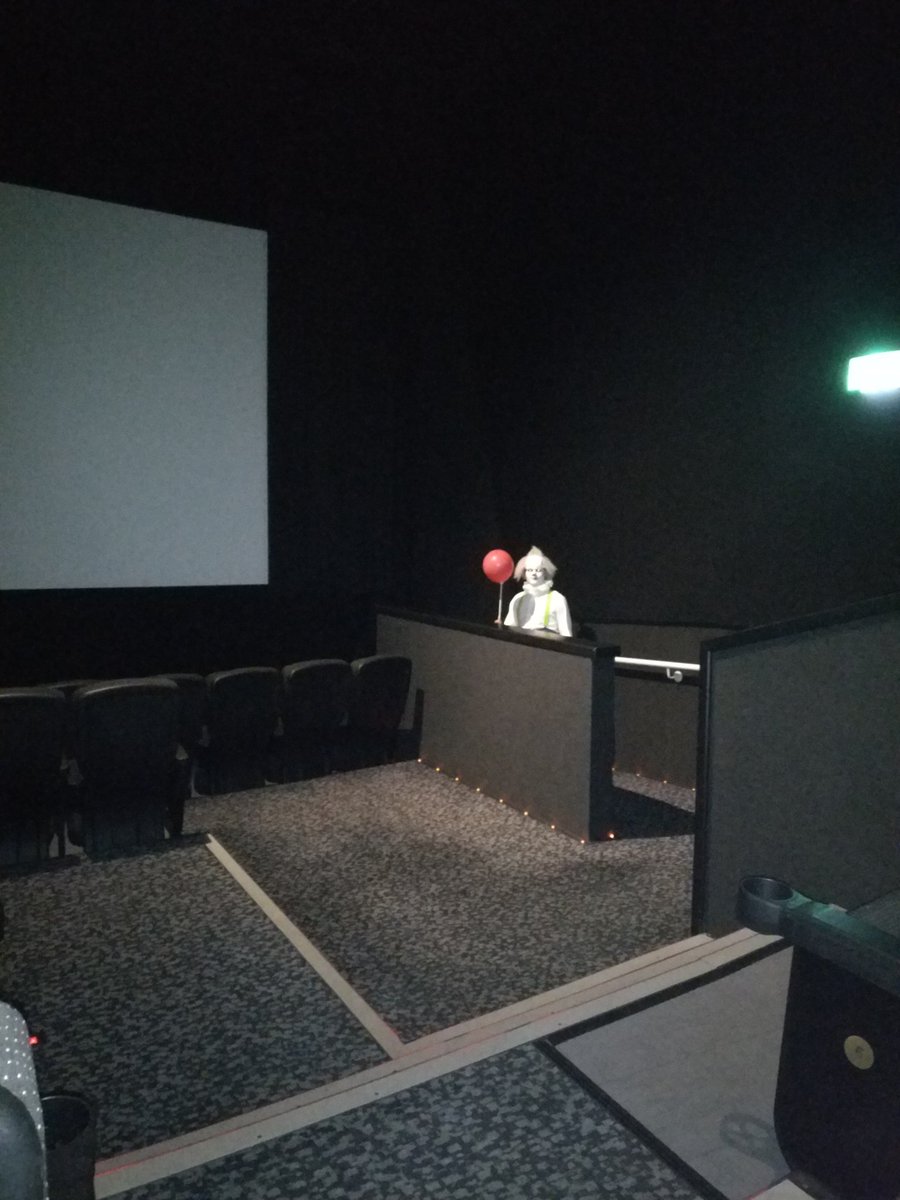 Naturally, this has led to some terrifying encounters in dark cinemas, where It fans have unexpectedly come face-to-face with the nightmare villain.

Taking to Twitter, a man going by the name of Chris spooked out fellow horror fanatics when he shared a picture of what was waiting for him inside the cinema.