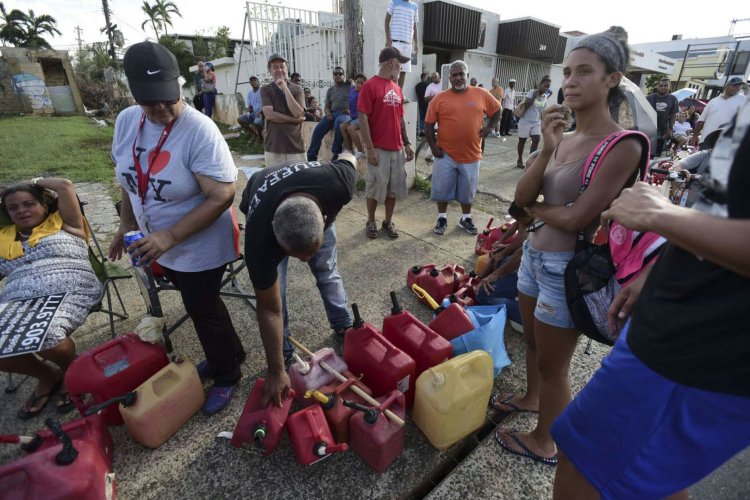 The damage caused by Hurricane Harvey and Irma had affected millions of Americans in Florida, Louisiana and Texas.  It may take years for those communities to recover.

There are quite a few people living West of the Mississippi River do not realize Puerto Ricans are Americans.  3.4 Million Americas live on that Island and unlike Florida, Louisiana and Texas the entire Island is effected.

3.4 million Americans are cut off from the world, without power, and phones.

Americans on the mainland are unable to connect with family members on the island.  Few of the hospitals have generated power or running water.   Administrator of some of the largest say they will be out of medicine by Thursday.  Water isn’t readily available.

President Trump has has pledged federal help for Puerto Rico and the US Virgin Islands.

The Puerto Rico Federal Affairs Administration said 4,000 members of the US Army Reserves have been deployed to the island to help with Hurricane Maria recovery.

“Federal partners are aggressively working to meet and overcome challenges to opening ports and restoring power to bring additional life-saving commodities and personnel into disaster-affected areas,” the Federal Emergency Management Agency said in a statement.

Several flights and sea vessels with meals, water and generators have been arriving or are headed to Puerto Rico and other Caribbean islands affected, the agency said.

Out of Sight out of Mind

Puerto Rico and the US Virgin Island are competing with Florida, Louisiana and Texas for Federal Aid.  Because they are territories of the United States they do not have representation.

We need to remind our Representatives victims of Maria are Americans too!