President Trump relocated and refurbished the swamp and those swampians (yes a new word)do not fly commercial.   I mean can you imagine standing in a security line with common taxpayers?  Those people with their off the rack clothing from Sears?

Thomas Edmunds Price was a member of Congress from 2005 until earlier this year when he became our Health and Secretary Human Secretary.   He represented Georgia’s 6th Congressional district serving the northern suburbs of Atlanta.
Price was assistant professor of Orthopedic Surgery at Emory University in Atlanta.
He was in private practice for 20 and was the director of the Orthopedic clinic at Atlanta’s Grady Memorial Hospital.
A few weeks ago Politico learned Secretary Price had accumulated more than $400,000 in chartered jet for “official business”

In 2009,Price, a fiscal conservative was very critical 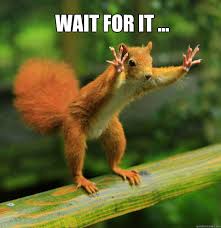 of the OVERUSE of private planes.

“This is just another example of fiscal responsibility run amok in Congress right now,” Price said of an effort to buy private planes to transport government officials, military and members of Congress.

Price defended himself on Fox News.  His travel practices as necessary for public health or combating emergencies. “Of the 11 trips over the last eight months, the majority of them were for the opioid crisis or the hurricanes,” Price said.

POLITICO has identified at least 10 distinct charter flights since May that were not related to either the opioid crisis or hurricane response, including flights to conferences in San Diego and Aspen, Colorado.

UPDATE:  Price’s generosity An HHS official said Thursday that Price would write a check for $51,887.31, which appears to cover the cost of his seat on chartered flights but not those of his staffers.

On Thursday night, Politico reported that the White House approved Mr. Price’s flying on United States military aircraft to travel to Europe, Asia and Africa for official events, at a cost of more than $500,000. The military flights were approved by Joe Hagin, a White House deputy chief of staff, an administration official confirmed, and Raj Shah, a White House spokesman, said such travel “is sometimes an appropriate and necessary use of resources.”

Combined, the total cost to taxpayers for Mr. Price’s flights comes to more than $1 million, according to Politico.

Is Price, like Betsy DeVos afraid of the press?

Last May, Price was aggressively questioned in West Virginia by Public News Reporter Dan Hayman at the West Virginia State Capitol. Heyman wanted to ask Mr. Price about health care legislation the house had passed earlier to replace the Affordable Care Act.   Mr Heyman was arrested.   A criminal complaint released later said he had “tried aggressively to breach the security of the Secret Service” and was “causing a disturbance by yelling questions.”  He faced six months of Jail time.   Earlier this month the charges were dropped.

At a commercial airport,  Mr Price would be accessible to the press, in addition to the Wal Mart shopping public.

Monday, White House Spokesmouth, Sarah HUCKABEE Sanders said Price did not have permission and yesterday, The Donald said “he was not happy about the practice several of his Cabinet members have engaged in.   When asked if he would fire Price, he said, well see!

Tommy Price has a couple of coins, at least for Georgia.  He’s doesn’t have Tyler Perry coinage, but enough to reimburse taxpayers.

The Don has a bad news day. yesterday.  While this isn’t news, one can say he was ruffed up.  His man in Alabama was beating by a gun touting, Gay hating, bible in government prechin, Dream Act slammin Republican.  The Reporters went all in on da Prez he of course went all in on the NFL.  Nuclear War with Korea is further down the list.  Then there were questions about Price flying charter and other illustrious members of his esteemed cabinet.

So far they all have Swampian Tendencies.

You know her? from her movie roles  in “Intruder” or “Crew 2 Crew”or her riveting performance as  Simone de Lille on CSI: New York Right?

I’ll stop playing, I ain’t never heard of her either!

When the star deplaned in one of the nations poorest states, she bragged about her designer outfit on Instagram.    Instagram user Jenni Miller, a mother of three from Oregon, took issue with the post, commenting, “Glad we could pay for your little getaway. #deplorable”     A small war of words ensued, picked up by the press and Linton reportedly closed her Instagram account.

Swampian, Steven Mnuchin has a few coins,  $300 million.  He seems to have a fondness for  government Jets
He took one from ,New York City to Washington following a news conference with President Trump last month at Trump Tower.  Another with his wife to Louisville, Kentucky to attend a luncheon and visit the nation’s gold vault at Fort Knox, where they viewed the solar eclipse.
Mnuchin’s office also requested a government jet fly him and the lovely Linton on a honeymoon trip to Europe this summer.    The Pentagon says, the  C-37, a military-outfitted version of the Gulfstream V executive jet, has a reimbursable rate of up to $10,000 an hour.
Swampian, EPA chief Scott Pruitt, spent 25K to sound proof his office.

The Prez was Embarrassed !

Will he fire Price?