The woman in the Walnut Creek Starbucks loves Obama, she says he calls for everyone in America to speak English.  The women speaking Oriental can stay in the Starbucks as long as shes Quiet. 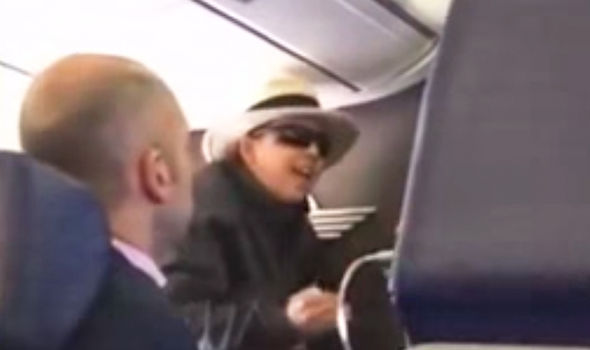 Valerie Curbelo needed a cigarette.   90 minutes is was much to long on the Southwest Flight from  Portland to Sactown. So she lit up on flight.  Tisk, this was no. Landing somewhere so she could have a puff wasn’t an option.  So she did what every smoker needing smoke would do. She threatens to “Fucking” kill everyone on board.    Orange is the new black for Curbelo as she waits to plead her case in the I Street Jail .

He once played for the Tampa Bay Buccaneers  and the Oakland Raiders  and Warren Sapp say’s Jami Cantor,who worked with him at the NFL network got it wrong.   Sapp is one of several Network executive named in a sexual harassment suit.   Wednesday, on the Andy Slater show Sapp told Slater he did not give Cantor the sex toys he tweeted about, but gave them to three women who worked in makeup at NFL Network when they asked him to.   “No, nah,” Sapp told Slater when asked if he gave Cantor sex toys a gifts. “The sex toys are little vibrators. Little toys for ladies that move around a little bit. Never known to be a friend to any community