Police released photos of the stolen fruit after arresting the thieves.Photo: Emegencias Sevilla
Police in Seville discovered thieves attempting to get away with four tonnes of stolen oranges after pulling their vehicles over at the side of the road.

The fruit thieves were discovered after police became suspicious at the reaction of three vehicles when passing a patrol car on the road between Torreblanca and Mairena de Alcor in the region of Seville.

The cars, which were obviously being driven in convey, abruptly changed direction when the drivers spotted the patrol car ahead. 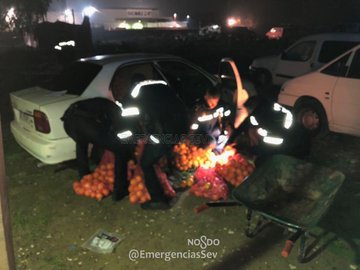 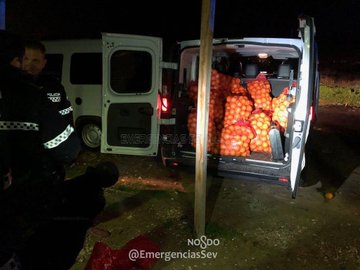 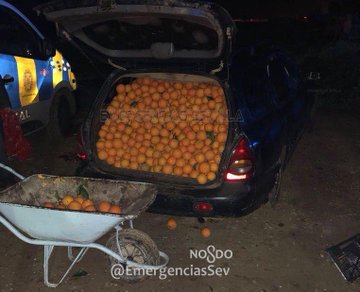 Police pulled over the two cars and a van to discover the vehicles were jam-packed with stolen oranges.

Five people were arrested for the theft of the fruit from a warehouse in Carmona.