Remember way back in day, when you could go see a movie and sit anywhere?

Well that is so, 2015.  Today in some of the newer theaters, with  power loungers the seats are assigned.  So it often much longer to buy a ticket in the new style theaters.  To make matters worse because of the space they require the new theaters have fewer seats. 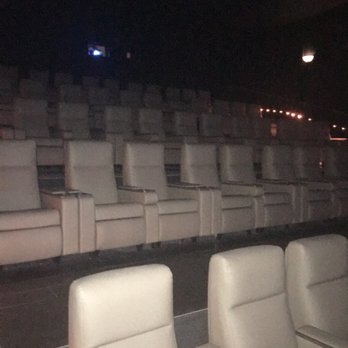 A few weeks ago here in Sacratomatoville, I saw “I Tanya”  in one of the newer theaters. The theater wasn’t much larger than my living room * 44 seats.

On Friday February 23th,  30 year old Shameka Latrice Lynch bought a ticket at the AMC Fire Tower 12 in Greenville, North Carolina, for the 11.45 showing of the Black Panther Movie.

Ms Lynch, paid for the  tickets and wanted to sit in her seat.  Quick, fast and before previews!   To get their attention, a National Rifle Association approved 32 caliber pistol was fired into the ceiling.

When the police arrived, Ms Lynch seat was empty. In fact all the seats were empty, not only in theater two ,but in all twelve theaters.   The police evacuated the entire complex.

Early news reports say’s she was the person who fired the gun.  Witnesses in the theater says a black man, wearing a blue and white striped shirt and hat fired the gun.

A couple of days later (26th), Greenville police arrested Chadwick Cherry.  The Tarboro, North Carolina resident, is facing two charges of assault with a deadly weapon and one count of discharging a weapon in an enclosure to incite fear. Mr Cherry is being held on a $300,00 bond.

One wonders, what would have happened if someone would have asked a theater employee for assistance.  For all of their actions, they may have to wait for “Black Panther’  to appear on TV.

I still haven’t seen “Black Panther and when I do.  I’m going to an old school movie theater with ordinary seats. Excuse me please ,sorry didn’t mean to step on your toe. SORRY!

*My living room doesn’t have 44 seats.