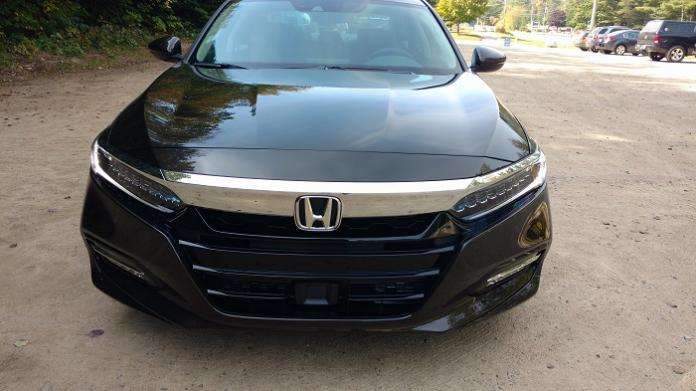 I like Honda”s, the company builds very competent vehicles that do most things well.    While Mazda’s are more fun to drive, Honda are more livable and I wouldn’t hesitate to recommend any Honda.

The Honda Accord has been around for more than four decades.  No car, Mercedes Benz, BMW,has appeared on Car and Drivers Magazine’s “10 Best” more than the Honda Accord. It has won many award all over the world.

The Accord was the first Japanese car manufactured in America.  For nearly ten years the Honda Accord has been the second best selling car in the United States, only behind the Toyota Camry.   While more people are buying SUV’s than passengers cars.  The Accord remains very important to Honda.

For 2018, The Accord and Toyota Camry are all new.  Japanese cars are typically conservatively styled. No extreme curves or creases.   This year, the gloves are off, as the two vehicles attempt to slow the slide of market share. 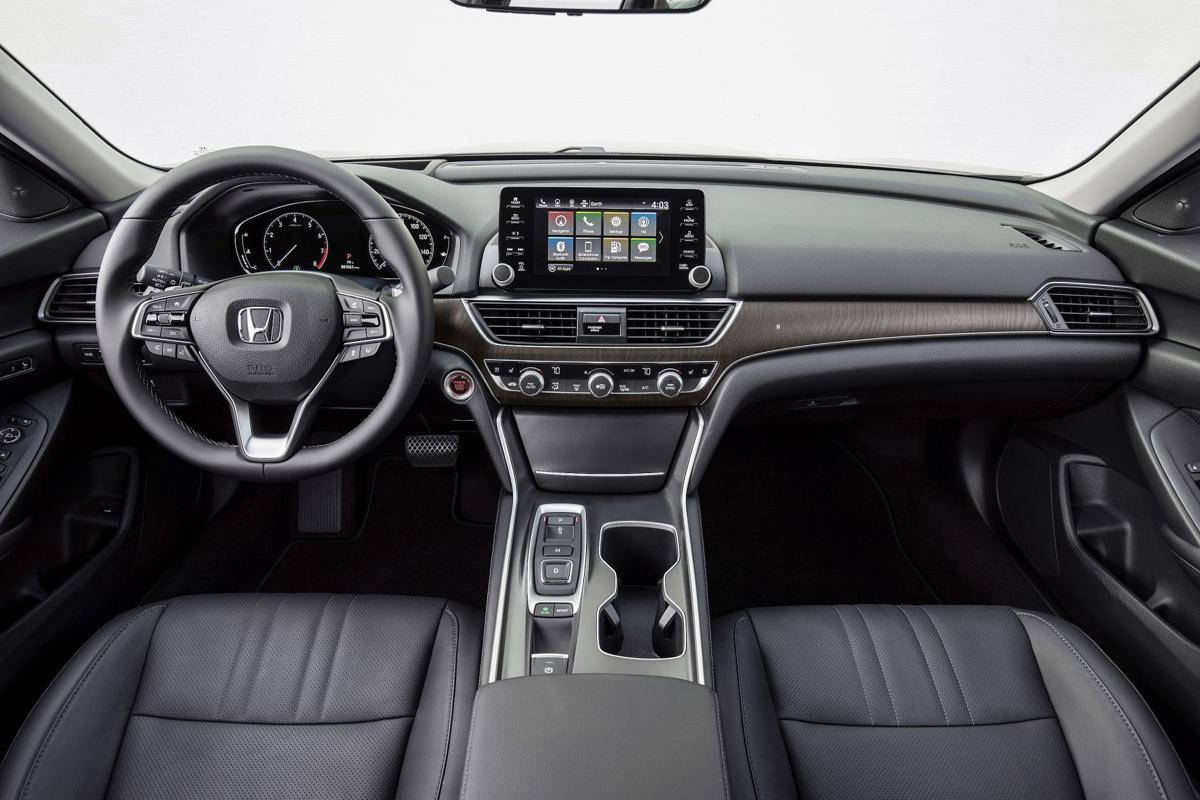 The news has been good for Toyota. The Camry sales are up nearly 13% for the year.    Sales for the Honda Accord, the car that won the prestigious North American Car of the Year and The Canadian Car of the Year, is down nearly 15%

Could it be the wrapper?

I think the stylist at Honda have lost their way.  First at Acura its luxury brand.  It seemed the stylist focused all their attention on the front of the car with its complex lighting and slabs of chrome.

Honda revealed the new corporate grill in the 2016 Honda Civic.

A thick and heavy piece of chrome with an “H” in the center.   The saving grace for the Civic is it’s unique rear lighting.  Charles Fleming of the Los Angeles Times said the Civic was bland.  While there was love for the performance of the top spec Civic Type “R”. few had positive words for its styling.   Saying the car was overdone with “too much of everything”

Car and Driver said: The Type R’s flaws are plain to see for anyone over the age of 19. The designers appear to have drawn inspiration from fly swatters, anime hairstyles, and suspicious growths. And the interior team must have used their year’s allotment of red Sharpies coloring the seats and the lower half of the steering wheel, because they all but stopped at the B-pillar, dressing the rear only with perfunctory red stitching and belts. On the upside, think of all the money you’ll save when you can’t find a more garish fiberglass body kit for your Honda.

Which brings us back to the Accord.   Last summer Kelly Pleskot of Motor Trend asked its readers was the New Accord Refreshing or Revolting ? Christian Wardlaw of the New York  thought the Accord  looked sensational, especially in comparison to what will be its primary competitor, the new 2018 Toyota Camry. Dan Wise of  the  St Louis Post Dispatch  Said the styling is polarizing.     Car and Driver says:  It’s certainly the most elegant-looking Accord since the sleek, pop -up headlight model ,from the late 1980s, and its body thankfully avoids much of the surface excitement that plagues the latest Civic. The front-end styling has proved polarizing among our ranks, but from any other angle, it’s undeniably a handsome piece.

Apply at the Honda Design Center in Cailfornia

Its likely the face of the Accord, will be refreshed for next year.   However the sales year isn’t over and waiting in the wings is the 2019 Nissan Altima (the 3rd best selling midsize car) which should arrive at dealership early summer.

There are cracks over at Honda.   Sales have slowed for the (10th generation) Civic now in its third year. It is slightly ahead of the Toyota Corolla(11th generation) now in its fifth year.

Sales are also down for the Honda’s best selling vechicle CR-V (5th generation) in its second year is down nearly 19% for the year while sales are up for the Nissan Rouge (2nd generation) 20% in its fifth year in production  The Toyota Rav4 is the best selling SUV in the US.  The fourth generation is now its its sixth year.  The fifth generation is due to hit the showrooms this summer.

The heat is ON!

.Mazda is quieting their vechicles to make them more competative.  Hyundai and Kia having raided Audi and BMW engineeers and designers, are preparing for their third act Genesis.

At the end of the day, what we drive is an extention of who we are and who wants to be bland?