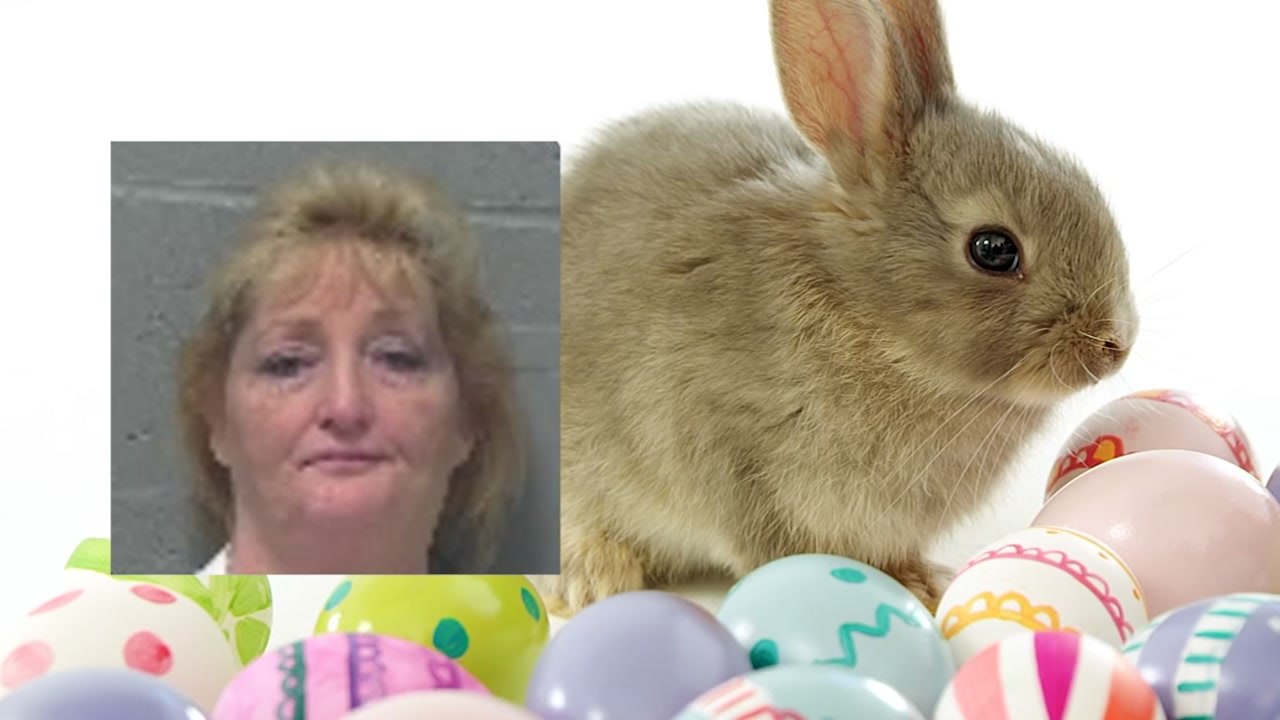 How many of us know someone who gets efffed up and say they don’t remember?

The problem today, there are always teeny reminders like VIDEO!

Last Saturday THAT WOMAN was at the Richland Carousel Park.  At one point she took a picture with the Easter Bunny.   Things went left from there.   Witness said she grabbed him and made lewd comments in one of his fluffy ears.

I could go on, but wouldn’t you rather see it ?

Now imagine the Easter Bunny, did you see his expression when she went for his carrot?

The poor bunny, his job was to be fuzzy and friendly, but from his expression (those hands) the bunny was in shock.

I’m sure he was hopping mad!

She was arrested for public drunkenness and booked into the county jail.