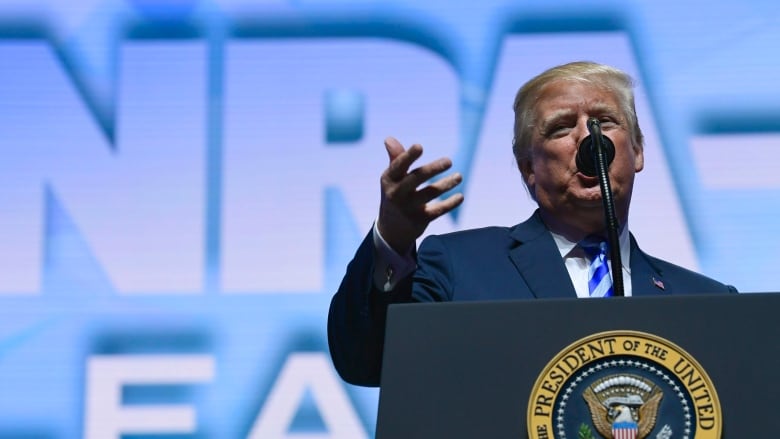 From Bustle.com Kanye West really does have power, at least according to President Donald Trump. While speaking Friday at a convention for the National Rifle Association (NRA), Trump thanked Kanye for supposedly boosting his approval rating among African Americans.

“Kanye West must have some power,” President Trump told a crowd of NRA members at the organization’s annual leadership convention in Dallas, Texas. “Because, you probably saw, I doubled my African American poll numbers. We went from 11 to 22 in one week. Thank you, Kanye, thank you.”

President @realDonaldTrump: “@kanyewest must have some power because you probably saw I doubled my African American poll numbers. We went from 11 to 22 in one week. Thank you, Kanye!” pic.twitter.com/utFyw7zLfn

The president is referring to a presidential approval rating poll conducted weekly by Reuters, which on April 29 — four days after West tweeted his support for Trump — showed that 22 percent of black males approve of the job Trump is doing as president as of April. That number represents a significant jump from the 11 percent of black males who the poll recorded as approving of Trump’s job performance the week before.

But it seems like even Trump was a little shocked by Reuters’ most recent numbers. “When I saw the number I said, ‘that must be a mistake, how could that happen?'” Trump told the crowd Friday. “Even the pollsters thought there must be a mistake.”