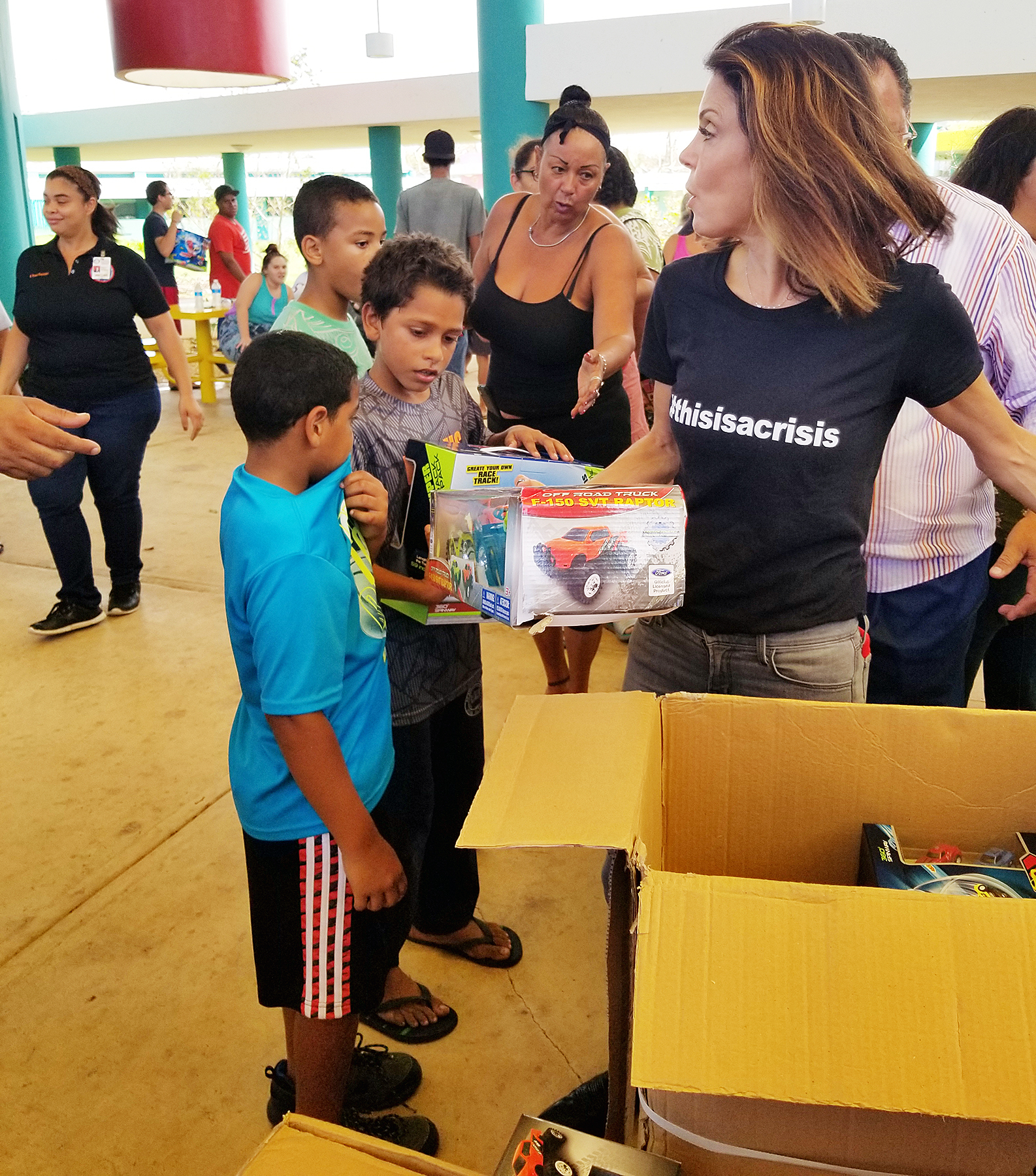 I often bash my gurl Bethenny Frankle for promoting her brand on the show. Last year Skinny Girl seemed to have a role on the show. However, what she did for her fellow Americans in Puerto Rico is beyond amazing. Like the rest of us she saw the devastation and like the rest of us ,she was troubled by what she saw and she quietly made things happen. She called friends, and asked for help, money what ever they could give or do. She pound like minded people to donate ,their time to help the people who were ravaged by hurricane Maria.
People donated warehouses, planes and they found away, to get food,generators, cash cards and other supplies out to people in remote areas of the Island ,before our president could throw out the first roll of paper towels. What makes this so special is this wasn’t a media event, “look what I’ve done”. The media found her.
Last nights episode was centered around Bethenny’s and Dorinda’s trip to Puerto Rico.
But were gonna start with one of the most bizarre breakfasts starring Carole and Tinsley. The two meet a restaurant. Carole fresh from California. The ladies catch up. Tinsely and her boyfriend and Carole and Adam. Adam and Carole’s relationship was exclusive however, they agreed if they were seeing someone else, no one would speak of it. Adam spoke, he has dated this girls a couple of times and likes her. Yikes, lets just say Carole is not happy. 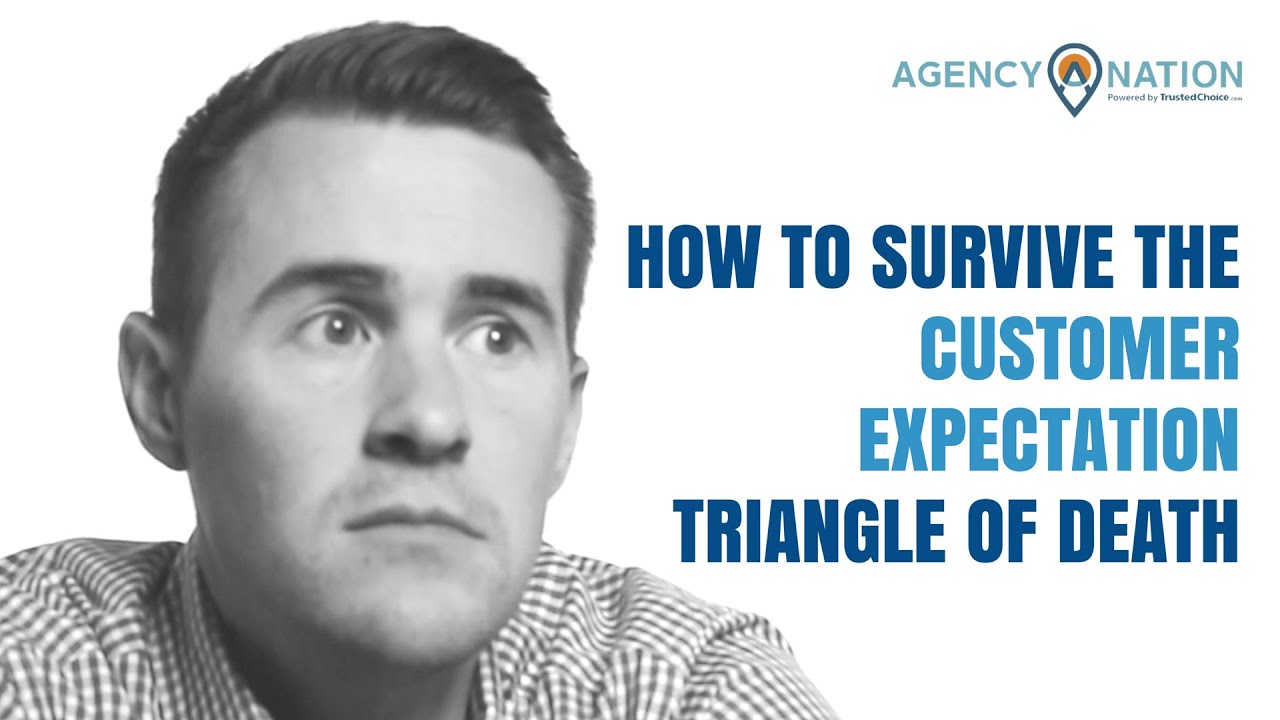 Its time to order….. Carole tells the waitress “I want three eggs any style,” “I’m not sure of the style. What are my options?” Carole, get out much??? The patient waitress gives her ALL THE OPTIONS. Carole asks for hard boiled. (Bitch, ain’t nobody said nothing about hard boiled eggs??) But it gets worse! “But there hard boiled is a lot. Two. Two hard boiled eggs. 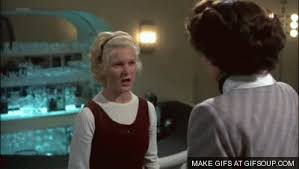 Wait, I’m sorry, one hard boiled and then other tow in my order, can those be scrambled? And can you mix the scrambled part? Don’t make it touch the hard-boiled egg part. I want that hard-boiled.

Nine hours later, it was Tinsley turn to order.

“May I just have the avocado toast please?”

The waitress: ” the avocado toast comes with cheese”

“No cheese!” Carole tells the waitress before Tinsley says anything.

Luann, meets with her daughter Victoria, they talk about Tom and Luann’s new life in New York, without TOM.

The Realtor takes her on a reality tour. Sonja can nabb 32K but she will have to som fixin. The rust, paint. possibly replace some of the carpeting and trim the garden, just to get it listed. A photographer is hired and our Ms Morgan has to put some of her personals away. Pills, her collection of Wesson Oil and vibrators. Sonja flirts with the photographer and doesn’t back off when she learns he is married to a man. Hey, he can watch as they make out. She ask’s him if he is bi-sexual, he said no. She says, if I buy you something will you get sexual? Gotta love Sonja.

With the cracks in Bethenny’s and Carole’s friendship. Bethenny invites Dorinda to accompany her to Puerto Rico. She wants others to experience the devastation on the Island. Dorinda gets a tour of the Miami warehouse donated as staging ground for supplies flown out to the Island.

At dinner, she gets to the meet other volunteers, but has too much to drink and things go south. An embarrassed Bethenny tells her she didn’t want Dorinda to go to Puerto Rico and Dorinda stormed off with a few words, leaving Beth to apologize and explain Dorinda to the rest of the table.

The next dad Bethenny changed her mind and they were off. On the plan Bethenny told Dorinda about herself. She told her she was a drunk, which Dorinda denied. However she did say she uses alcohol as an excuse to “exhibit bad behavior.”

We have witnessed Dorinda’s bad behavior, especially her attacks on Sonja. I must say her attacks have been funny but there is a problem.

Bethenny honesty to Dorinda took a lot of courage. But it was draped in love and concern. My problem with Bethenny, is that old fashion, she can give it but often cant take the truth.