If  your reading this review before seeing the episode, please keep a box of tissues or a soft rag or towel near by.

The first aid, some Americans in Puerto Rico received ( a full two months after Hurricane Maria hit the island) was from Bethenny and the volunteers who accompanied her.  The hollowed emptiness of a man who cried broke my heart.   What would you do? living in a home with no roof, no water and no hope?

Bethenny asked Dorinda to join her on this trip.   So she could see, so she might share what she saw with others.  Dorinda was taken aback, when she saw how the victims lived, often on the floor, exposed to the outdoor elements, insects and rats.

Dorinda met a woman and her daughter, the woman told her.  She wants the same thing for her daughter that we want for ours.”  This seemed to be a life altering trip for Dorinda.

Back in the Apple, Luann was talking to Ben, he asked her to sing. 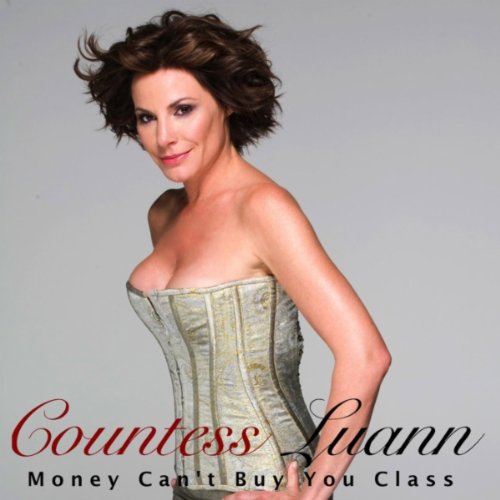 Sonja is still preparing her Townhouse for rental.  She asks Ramona  and Luann to help her paint the chairs on her patio. For this effort she buys hazmat suits.  Instead of stripping them and repainting them, she simply asks the ladies to paint over the bird shit on the chairs.

Were now at a dinner party where the wine is $600 a bottle.  Ramona is in her element, “If its expensive it has to be good.  MORE! MORE!    At the party we have Sonja and Bethenny at the outer edges, Carole and Tiffany in the middle and Luann and Ramona at the other end of the table.

Like volcanic lava ,the were bubbles of fights with the women.   I love how they talk about someone at the table like they weren’t there..   We have Bethenny and Sonja talking about Tinsely.  With Bethenny (not Sonja) telling the other women that Sonja feels she helped Tinsley when she was kinda down and out, and now that she has moved up, Sonja is feeling abandoned.   Well Tins ain’t feeling that shit.  After all,Sonja has said a lot of stuff about Tinsely’s to a LOT of people

When Carole tries to back Tinsely up.  Bethenny pounces and their on!    Out of nowhere Carole shuts the mighty Bethenny down using Bethenny’s words..   “Get off my jock” and finishes her off, with a flick of her hand.    DAY-YAM!  Carole!     (who knew!)

With all this going on!  Ramona (of all people) and Luann are mere spectators of all this fighting, with Ramona enjoying that high priced wine!

( For Beth, I think its less about Sonja or Tinsley and more about Carole.  She and Carole were thick an thieves, they traveled together, spoke daily and one day they didn’t. To make matters worse, Carole and Tinsely are close.  Bethenny’s hurt)

At a book party for “Karen Duff”  Tinsley talks to Sonja and their beef is done.  (at least for now)    Tinsley is no longer a freshman housewife and this season she ain’t takin shit from nobody.   ARE YOU LISTENING BITCHES!

Meanwhile, Carole and Bethenny is another matter and I guess since there isn’t expensive wine to swill, Ramona needs to stir the pot.    She tells Carole, “I’m so glad you’ve found your voice now, even though Bethenny thinks you’re a puppet.”  The good news is Carole knows Bethenny and knows Bethenny wouldn’t use those words.

At the dinner, Carole confronts Bethenny about “puppet” and denies using the word.   How so nevah!   Bethenny did say that Carole used to take Heather’s side. When she and Carole became friends she took her side and now Carole is taking Tinsley’s side.

With the problems with her friendship with Carole.   Bethenny goes after her former boyfriend Adam.   Beth asked Adam to go down to Houston and take pictures for a week.  He told her, he couldn’t do it unless he was paid.    This troubled Bethenny, who has probably forgotten when she lived check to check.  As much as I would love to help, my reality and probably Adam’s reality is he cant afford to take a week off to volunteer. She needs to back off this, if she wants to restore her friendship with Carole.

Next week, its the Berkshires Baby! Can you say DRAMA!!

A special shout out to  “ZoomBarbie on Twitter for sharing this post with your followers.  You know a LOT of people, thank you big bunches!