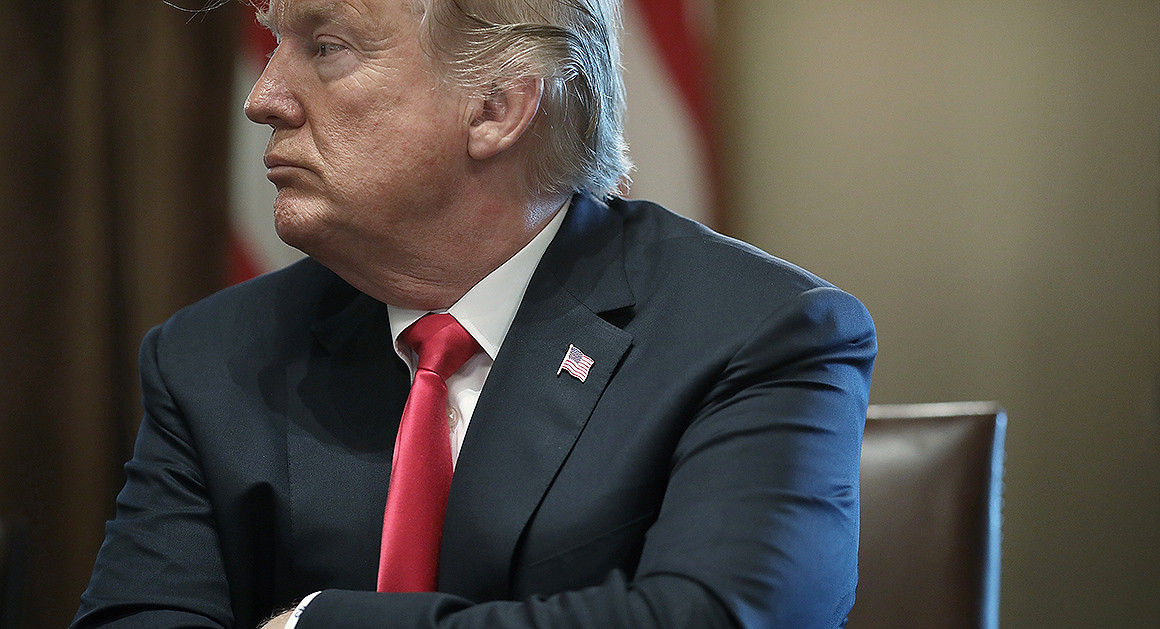 By Annie Karni and Eliana Johnson/Politico.com

In the face of protests at airports across the country opposing his restrictive travel ban last year, President Donald Trump defended the executive order as a necessary protection from terrorists.

When he was confronted with bipartisan outrage and criticism from his own aides after condemning violence on “both sides” of a white nationalist rally and counter-protest in Charlottesville, Va., last year, the president dug in his heels.

But on Wednesday, facing what has grown into the biggest moral and political crisis of his administration, the president whose default position is to stand firm simply caved in.

Sitting behind the Resolute Desk in the Oval Office flanked by Vice President Mike Pence and embattled Homeland Security Secretary Kirstjen Nielsen, Trump signed an executive order temporarily halting his policy of separating children from their parents at the border.

“The border’s just as tough,” Trump told reporters. “But we do want to keep families together.”

The about-face came less than 24 hours after Trump was stridently insisting he was powerless to change the situation, instead blaming Congress for scenes of children caged in former big-box stores.

On Tuesday, speaking in front of a business group, Trump even referenced his first campaign speech, in which he called Mexican immigrants rapists and accused them of bringing drugs and crime into the country.

“Remember I made that speech and I was badly criticized?” he said. “‘Oh it’s so terrible, what he said.’ Turned out I was 100 percent right. That’s why I got elected.”

As recently as Friday, the White House circulated talking points quoting the president himself saying that his hands were tied: “We can’t do it through an executive order.”

His ultimate reversal was all the more remarkable because the immigration and border security has been his signature political issue, one that has energized his political base and helped elevate him to office.

It came as a rare combination of forces collided, ultimately moving the stubborn commander-in-chief: political pushback from Republicans in Congress, including typically staunch allies; private pressure from his family members, including his eldest daughter and his wife; and, most importantly, wall-to-wall media coverage broadcasting to the country images of frightened children and the sounds of their sobs from inside government-run facilities.

“Trump has proved remarkably impervious to elite and media criticism, but even he couldn’t withstand this,” said Rich Lowry, the editor of National Review. “The new policy is a tactical retreat in hopes of re-gaining political traction, but family separations of the sort we’ve seen over the last couple of months are not going to return.”

Click onthe Link Below for the full story on Polictio