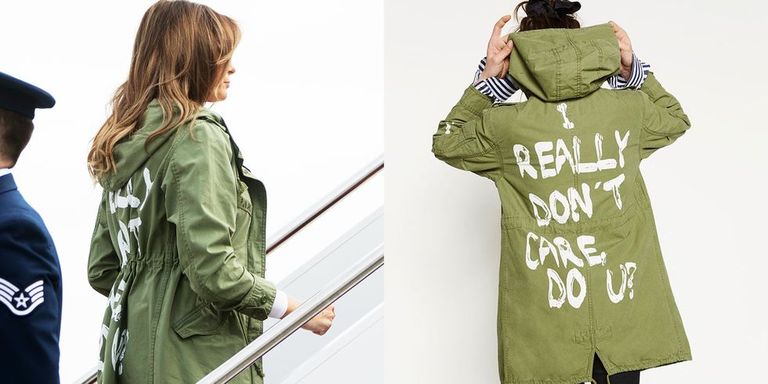 We’ve always admired the First Lady’s fashion sense.   This morning she boarded the plane to visit with detained immigrant children in a Texas border town wearing this coat.  She didn’t wear the coat during the visit, however she wore it on her return.

There is a lot of speculation of why she wore it.  Handlers said it didn’t have a meaning.  Her husband in a tweet said, ” It refers to the Fake News Media. Melania has learned how dishonest they are, and she truly no longer cares!”