In her first public appearance since her show was canceled due to her racist tweet, Roseanne Barr spoke about the weeks she spent in hiding.

On Thursday night, following her interview with Sean Hannity, the former Roseanne star made her way to New York’s “Stand Up” Comedy Club, a frequent host of contentious right-wing guests like Milo Yiannopoulos and Ann Coulter, for Barr’d with Roseanne Barr, where she spoke with close friend Rabbi Schmuley Boteach.

Touching on topics that ranged from Barr’s devout Zionism to her incentives behind voting for President Donald Trump, the actress and comedian, 65, detailed her feelings amid the public backlash, receding to her mother’s basement in Hawaii, where she spent two months.

“It was the end of the world and my life’s work. But I lived through it and God has shown me great love and so have people and that’s very healing,” she continued. 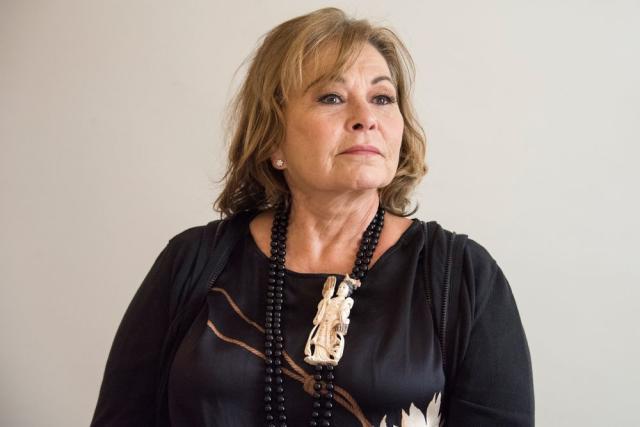 When asked about whether The Conners ( ABC’s spinoff-show starring her former costars, most of whom condemned her tweet) would succeed without her, Barr said, “I’m over it now.”

“It is going to be interesting to see a bunch of really privileged people who grew up in Hollywood writing for the working class,” she said, “But I don’t know, I don’t wish anybody to be destroyed or disrespected like I’ve been.”

Barr attributed her falling-out with Hollywood to anti-Semitism: “They lost a good friend; I clearly didn’t. I understand why [the cast] wanted to distance themselves because that’s how the blacklist works, and it’s always Jewish people, excuse me. Sometimes I’ve felt like I’m going to start wearing the yellow star in Hollywood on my arm wherever I go.”

Barr admitted she found a sense of solace in her dismissal from the show, which she said had been taking a toll on her health even before the controversy.

“I [had become] very physically depleted and ill,” the star said about her time on the show. “I don’t think I could have lived through 13 more [episodes.] When you’re in a room with 25 writers who hate Trump’s guts — it was kind of a relief [to get out.]”

After posting the racist tweet likening President Barack Obama’s former advisor Valerie Jarrett, who is black, to “an ape” during the filming of Roseanne in May, the star attributed the misstep to her poor health and “emotional imbalance,” due to depleted vitamins.

“I wasn’t completely coherent when I woke up at 2 a.m. and wrote that tweet. I had it in my mind, Oh boy this is a good one, this is going to save the Jewish people, because I just had this dream,” she said on stage.

Last week, she posted a puzzling You Tube video featuring a disheveled Barr smoking a cigarette, screaming in attempts to defend her actions.

Earlier this week, Jarrett appeared on ABC’s The View, brushing off the entire dispute by responding to a question regarding the tweet with, “Roseanne who?”

On Thursday night, Barr, admitted she’d seen the segment and responded by mocking Jarrett’s initial reaction to the social media post.  “They asked her ‘Are you going to watch Roseanne on Sean Hannity?’ And she said, ‘No and I hope no one else does either,’ you know, because she’s into ‘teachable moments,’” she quipped back.

“I recognize she thinks I wronged her,” the star said about her tweet, revealing a frustration with the response to her public apology. “All my friends said ‘Your mistake was to apologize to the left,’ because when they see blood in the water they’re going to come until you’re dead. And I think that’s kind of true.”