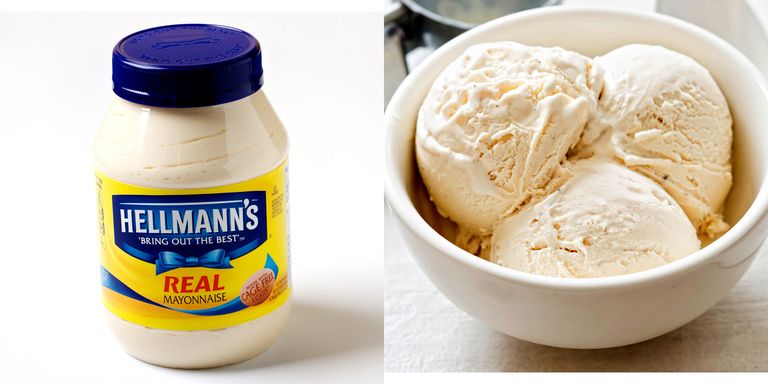 Wait!  Now here Us Out

We now exist on the same physical plane as mayonnaise ice cream, and it’s either ingenious or the end of all mankind.

An ice cream shop in Falkirk, Scotland, debuted an ice cream made with Hellmann’s “real” mayonnaise, immediately sparking debate across social media about just how terrible this concept is. As some people pointed out, mayonnaise is sometimes used in recipes, especially for baked goods, for tanginess and a creamy texture. As other people pointed out, gross.

Debates aside, this mayonnaise ice cream might be perfect for exactly one thing: dipping french fries. French fries taste like heaven dipped in soft serve, their greasy, salty flavor complemented by the ice cream’s sweetness. (If you haven’t tried this, get yourself to a McDonald’s or Wendy’s drive-thru ASAP.) And as most of Europe can tell you, fries go better with mayonnaise than they do with ketchup. Put the ice cream and mayo together, and you might just achieve food nirvana.

For what it’s worth, the ice cream shop’s owner told the Today show that the dessert is a “full on hit of fat and cream followed with an eggy milky aftertaste.”