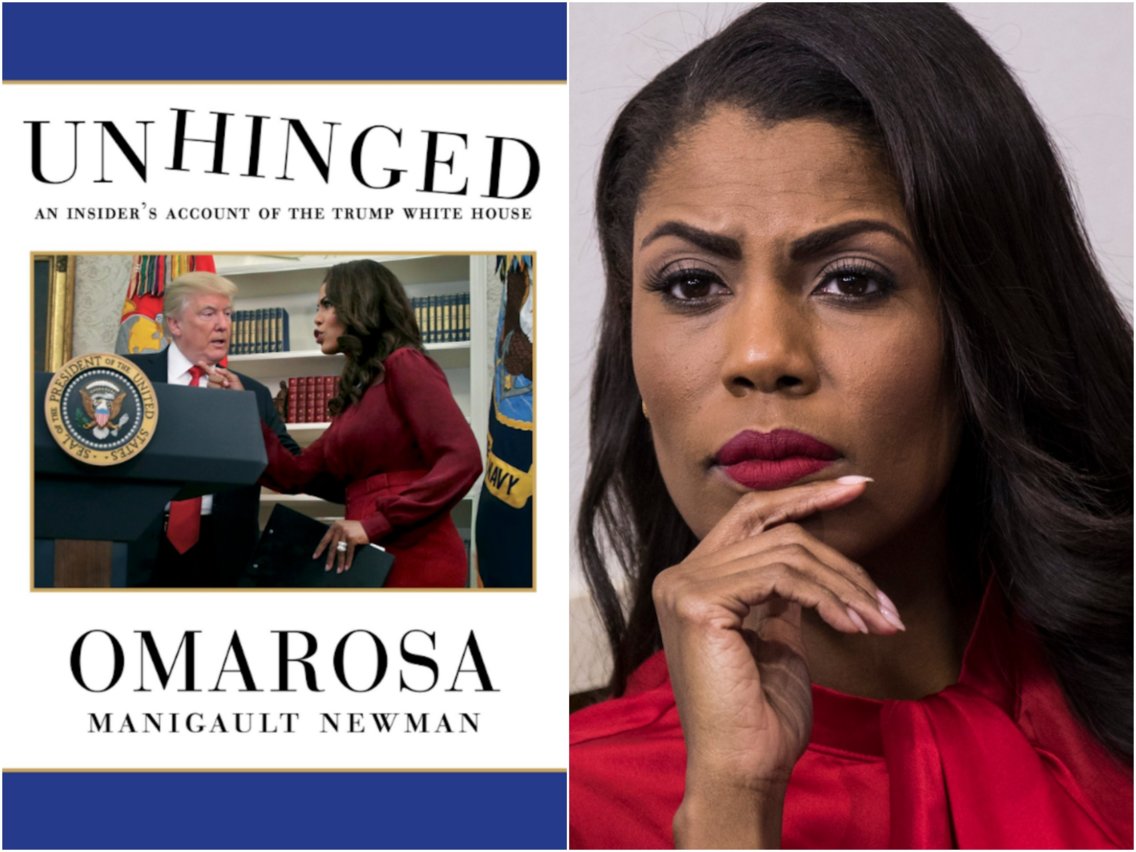 Donald Trumps former favorite black woman, refuses to die.  The woman TV Guide included in the list “The 60 Nastiness TV Villains of all time.   The reality star who has  appeared three times on The Celebrity Apprentice, The Ultimate Merger a dating show (created by the Prez), and a number of reality shows including being The Director of Communications for the Office of Public Liaison.

She initially denied being fired.  With the release of her new book and the secret recording of her termination, it was a misunderstanding.  It appears there are other future misunderstandings on tape.

With the release of her new book, her former boss called her lowlife.  It seems his loyal friends feel the need to tape him.    As far as “lowlife” it seems it apply.   Its difficult to find people who have great words for OMAROSA.

Perhaps her reality or real life worlds are one in the same.  Her fights and attacks with o celebrities and those in political world, especially black women is legendary.

It seems Robin Roberts was on point.    Omarosa’s  book Unhinged.,will be released next week.  The man she said “We would have to bow down to” is now a racist.  The man she admired, says he repeatedly used the word Nigger” during the filming of The Apprentice.  Apparently, the word didn’t offend her back then.

Omarosa, who’s credibility ranks with her former boss says she has witnesses.  Sarah Sanders, says the book is filled with lies.   I will pass on her book, then again, I find some great buys at Dollar Tree, so who knows?