Season 10 is a wrap. The New York ladies is the first franchise that survived the curse that befell Orange County and Atlanta.

Last night episode was the premiere of  Luann’s cabaret show.  The women were dressed to slay, at the opening.  Its was sequins, shoulders and jumpsuits .

The heat between Luann and Dorinda continues.  At Tinsley’s penthouse, Dorinda mentioned, John wasn’t invited to the show.  Dorinda say’s  Luann told her earlier that day that she didn’t know John wanted to come and there was no room for him. “If you wanted him to come, you should have bought a ticket,”  Here, I’m on team Luann, like this wasn’t a POP UP show, why would wait until the day of to ask for a ticket for your boyfriend.  Luann is star of the show and this is opening night , she’s  super stressed and your pissed that she is  dismissive?

I love Dorinda, Lady M the East Side Gangsta.  Her anger and disappointment with Luann has consumed her.  Everywhere she goes adark cloud follows affecting all around her.  She just should stay home.

(Okay, I know this a reality show and she has to be there,but DAMM!)

As they wait for the show to begin, Tinsley tells Carole that Luann invited her boyfreind Scott earlier in the day, but he was out of town.   Tinsley asks Carol, should she tell Dorinda.   (Here’s a thought-HELL NO!)     Carole agrees with me.

Speaking of Carole, da gurl is being shady.   Initially, I thought she wanted to heal the ever growing fire storm between Dorinda and Luann.  The reality seems, she wants the two to explode.   You have the combustible Dorinda who is beyond angry and resentful towards Luann and Luann who’s grown weary of Dorinda’s stanky attitude and from the side you have Carole pushing Dorinda into a confrontation with Luann.  Don’t you want to stay and say something to Luann?

What we saw, was no fluke, the show was beyond!   And its a bonafide hit.  (Before her relapse. the show was on a national tour)   Our Countess turned adversity into  a fun night, she poked fun at herself, her stint in jail, her marriage to Tom, all the while looking stunning.    Joining her were comedians, actors and Sonja.  Who just had to expose her body, despite a request from Luann,  to be cool on the first night because Luann’s 89 year old mother and her son would be in the audience.  But our Sonja couldn’t help herself and it all came undone and it worked. 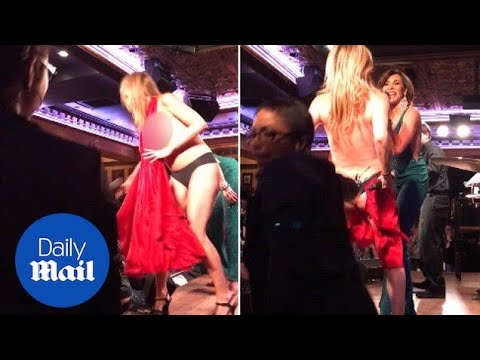 The energy from the audience was outstanding.   One of my favor parts of the show is when Luann was talking about her arrest and mug shot and TINSLEY got caught up and gave Luann this sort of right on girl ,I got a mug shot too!    Everyone was into to it.

Wait, not quite!  Dorinda was that face in the crowd, that was too angry to get into it.   She wanted to be acknowledged.  She pick out some of the dresses for Luann for the show and started shouting  “Jovani” ” Jovani” every fucking time Luann would come out. 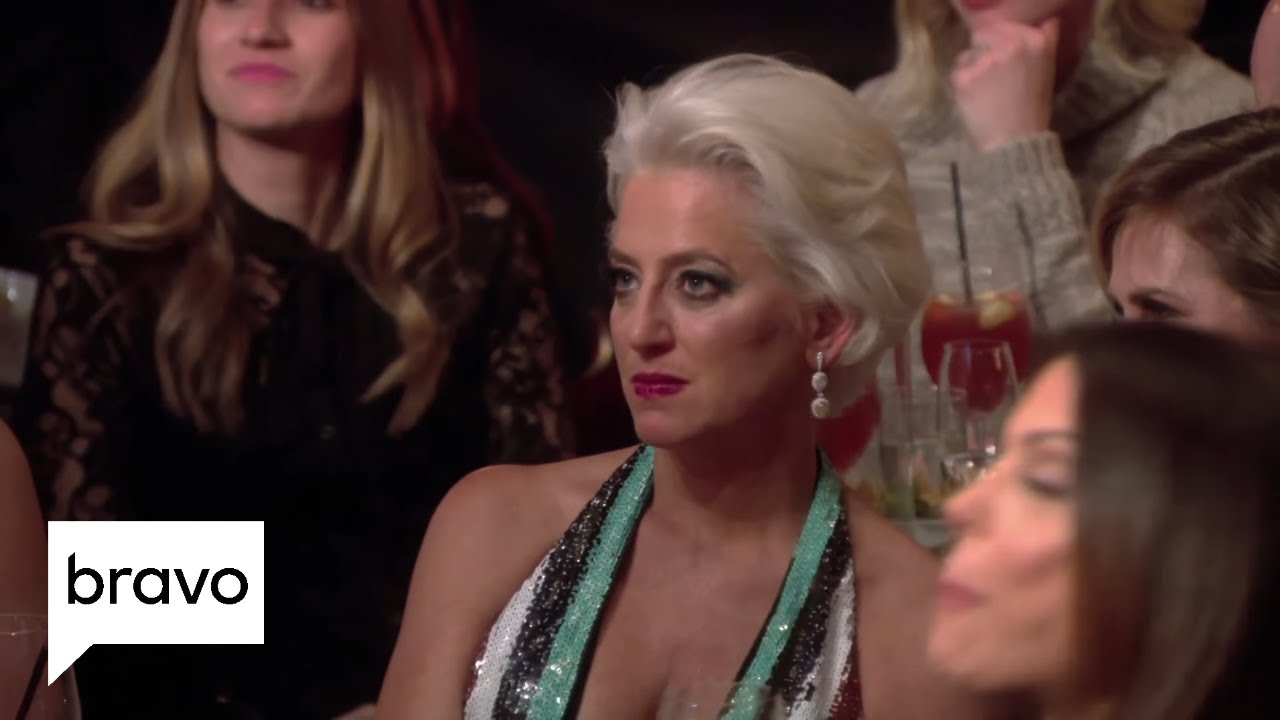 Coming Together and Falling Apart

Its the after party.  For the first time this season, Carole and Bethenny were having a nice conversation, they were talking about what was going on in their lives.  For a moment there was a glimpse of their old relationship, with a genuine hug, the barriers seemed to come down.  THEN Ramona appeared, disturbing the energy.     Bethenny asked Ramona to give them a minute.  Ramona: how long, one minute, five minutes, just being pissy.  Bethenny snipped back and told  Ramona he could call her secretary and schedule an appointment. But Ramona, has her own agenda.  This was too much for  Carole and she walks away, and what she and Bethenny had disappeared.

Ramona, is pissed at Bethenny for not showing up at her New Skin Renewal party.  She feels while she has supported Bethenny in her endeavors, Bethenny wasn’t there for her. and to add insult to injury,  Bethenny dismissed her without an apology.

Bethenny said  she didn’t go to the party because she doesn’t take Ramona’s businesses seriously because so many of them fail.  I’m on team Ramona on this one. You support your friends.   Before Bethenny became the SkinnyGirl Mogul, the ladies supported her when she was super poor.

At the after party Dorinda was still mad and planned to leave.  At one point she saw a friend and decided to stay,with the cloud over her head.

With the exception of Sonja, all the women seems to be stirring up the John controversy.  Only Bethenny, heard Luann’s side and saw that Luann may just had a good reason to respond to Dorinda they way that she did.

Dorinda was already wound up, but add alcohol to mix and its a recipe for a slapdown.

I was like, you look Wonderful, but your still a bitch!

Its reunion time, watch the video