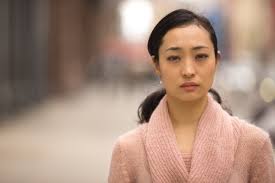 1. You still think about what-ifs

You think about the what-ifs and what-nots. You evaluate your worth what you could have done right or wrong that did not the materialize the break-up.

The easiest way to know whether he is missing you or not, or for that matter if somebody else is missing him or not, is to stalk his social media accounts.

3. You regret losing your true love

You regret losing him. You go back to time all the time and regret the times you rebuked him or agreed to have broken up with him.

4. You compare him with other people

Inadvertently you end up comparing him with every other guy. Nobody can match up with his obsession for X-box. For you, he makes the best cheese sandwich in the whole world. You feel nobody is good enough besides him.

To channelize your inner anger and frustrations, you take shelter in the form of meaningless sex. Later, again you berate yourself for letting someone else for touching you in places where you actually yearn to be touched by your ex.

6. Overthinking about the time spent

Yes, you think and over think the good, bad and ugly times in your head again and again. You nitpick everything he did. Not only that you try to justify his every action in your head.

It does not matter how silly or big the occasion is. It may be your best friend’s birthday or the bad omelet you had in your breakfast, you try to contact him for the silliest reason.

8. You go back to the happy times

For you, he is the most important milestone in your life. What better to celebrate your life than reminiscing about the happy times you have had — the cuddles, quickies, the stares, you go back to every happy time.

9. You have a hard time coming to terms with rejection

You cannot still come to terms why he broke up with you. You question yourself all the time. Your ex is such a sensitive topic for you that your parents and friends hesitate to bring his name or an instance pertaining to him in front of him.

You do not know what lies ahead of your future. You just cannot see yourself kissing another man or walking the aisle for another person.

11. You still talk about him

12. You stay in contact with his friends and family

You cannot get over the fact that he has moved on from you. So, you try and invent ways to keep tabs on him. It kills you to not know what he is doing at present. You are still in contact with his best friend or sister to get scoops from his life. You want to know, “Does he miss me?” You want to the new girl who he is dating. You try to gauge how serious they are.

14. Having doubts about you

You still have not recuperated from your bitter break up. It has taken a toll on your confidence that you fear if you can do something perfectly.

He is so deeply invaded your blood that you do find anybody dateable at all. No matter if the guy looks like Ryan Reynolds, has money worth Mark Zuckerberg, or has the heart of James Harrison nobody is good enough for you to date.

Breakups are messy and moving on is difficult. But life goes on. Try to move on from the one that got away. Because the best is awaiting you.

The Minds Journal is a platform that brings together writers and readers from across the world to share thoughts that promote self-development.

WATCH: How Do I Stop Fantasizing About My Ex?

The Minds Journal is a platform that brings together writers and readers from across the world to share thoughts that promote self-development.