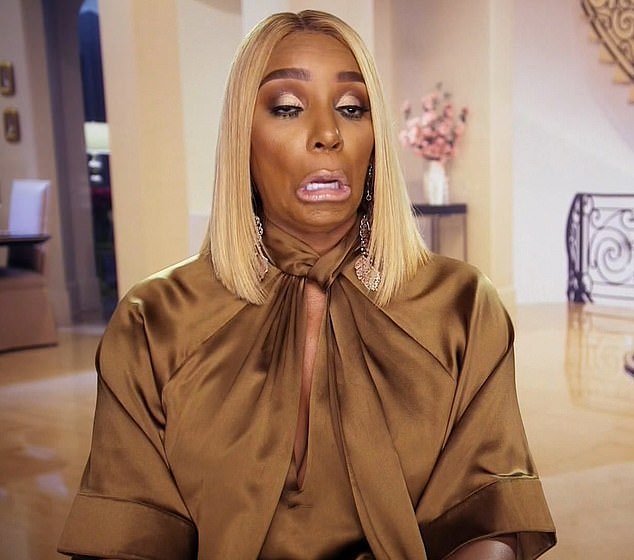 Eva entered the housewives as a friend of Nene’s.  She say’s Nene is like a big sister to her giving her good advice?   How so nevah, while Nene is going to be a part of the wedding and may share a kind word or two, She Ain’t invited to Eva’s bachelorette’s party.   Nope, and the girl, posted da party on social media.   Realizing her mistake, she doesn’t apologize,she tells people it was a SURPRISE bachelorettes party.   But Miss Porsha said girllllllllllll you invited me a while ago.   Nene is not amused!

In the confessional Nene says : “I don’t think Eva knows what a surprise is. Because if you’re having a damn surprise, it’s ‘Surprise!’, and you don’t know the shit is happening.” Either way, Eva insisted it was a surprise — at least for her, “it was.”

Where is the prenup Hot Dog Lady?

I guess Dennis is grooming Porsha to be his “Hot Dog Heir” she is working in his Dog emporium.  Putting on cheese, wrapping bacon on the dogs learning da business.   Dennis’s mama (like the rest of us) thinks this relationship is moving too fast ,at warp speed and she wants to know Where is the prenup?  Porsha tries to play it off, but mama ain’t playing.

Couples party minus half

Last week, Nene and Gregg planned a couples party.   Cynthia’s magic mystery man Mike, cant make it.  It’s Kandi’s hubby Todd birthday that week, so he isn’t going and the smart man isn’t sharing his birthday festivities with Bravo.  I’m not sure Bravo’s production staff has a date for Marlo and Porsha’s man Dennis isn’t going.  It seems he has hurt is leg.

The trip goes on without the men, they play truth or dare.  The issue of Dennis and his women comes up once again, this time via Nene.  Where we learn  Porsha was seen with another man at Shemea Mortons birthday party, three months earlier.  The man was kissing her and resting his hands on Porsha’s juicy rear end.

Porsha is keeping her pregnancy a secret for now…’

The Peach that wont go away…..

Shamari RHOA’s is still steaming from Cynthia’s Bailey Q a few weeks ago when her fashion sense was questioned.    She blames Porsha for some reason, when it was actually Eva.

When Shamari accused Porsha of snubbing her, Porsha came clean and said  I was not feeling you that day.’

When Shamari realized (thank gawd) it was Eva, the two hugged it out.  But leave it to Marlo to stir the embers with Marlo saying  ‘I do feel you’re beautiful … BUT the fashion we can help a little bit with.’

In her confessional Shamari said ‘Sorry Marlo, I don’t take advice from a woman that dresses like she’s the main character in Pirate of the Caribbeans. 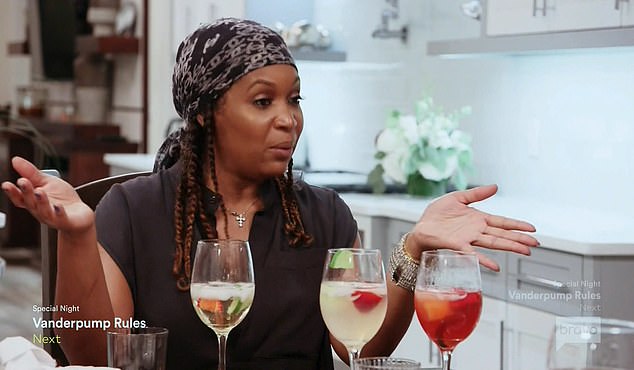 I think Eva is on a collision course with Nene and a couple of others, your thoughts?

What’s up with the Crazy B in the yellow dress ?