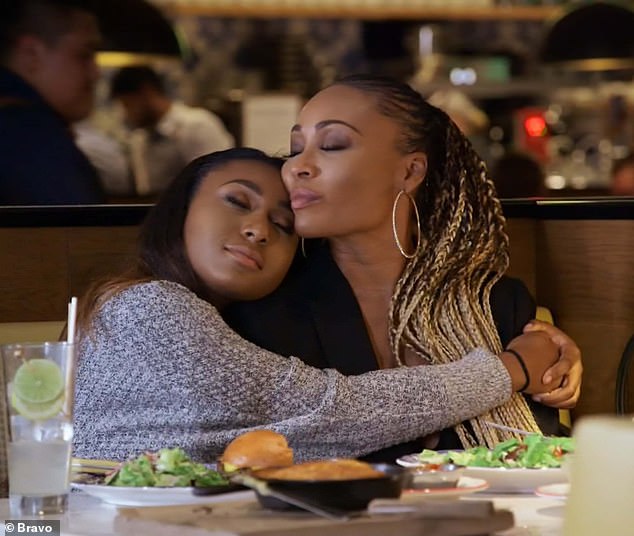 We can’t have a Great Episode every week,  this week is more of the filler.

Most of last nights episode was about Cynthia’s daughter Noelle, leaving the nest for Howard University in DC.   A party was planned for Noelle but the reality of leaving home overwhelmed Noelle.  It was Leon, Noelle’s dad aka the Enforcer who gave the final push calling an Uber for Noelle, party of one.

Monster Joyce is back and Todd isn’t having it.  Its seems the Monster has been saying Kandi turned Todd into Lemonade.   Basically saying Todd was just a Lemon before he met Kandi.   Its just Joyce being monster and picking at Todd for fun and the two haven’t spoken for months.   At the end of the day, Monster relented for now and praised Todd. She told him she appreciated how he has taken Riley as his own and hope he and Kandi are married for ever.    (BTW-Todd is expanding the successful Old Lady Gang Restaurant from one to three locations)

Porsha and Dennis goes to the OG to for an ultrasound and for the first time they get to see their first collaboration, Dennis is overjoyed.   The baby is fine and is projected to go to term, however, because of past complications, baby McKinney will enter the world via C-section.

Gregg Leakes tells all of his sons (and their are quite a few) that he is totally healed by God. He encourages all of his sons (Gregg has two sons who are 41 and they aren’t twins and his youngest son Brent 19) he encourage his sons to get tested regularly so they don’t get caught the way he did.  Nene points out that while the doctors got rid of the colon cancer but there were a few y cells that could turn into something big.  While the doctors recommended chemo, she is going to support her husbands wishes no to take the treatment. 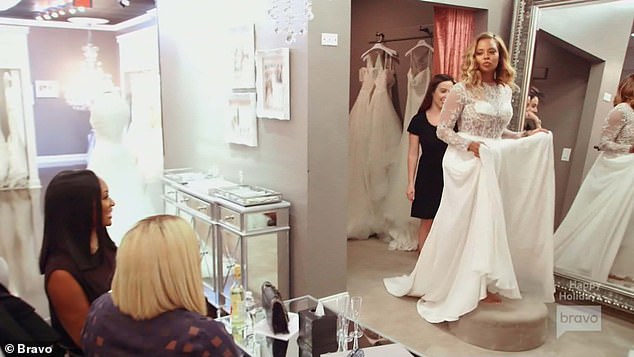 Eva, without her criticizing mother,Eva is going shopping for a wedding gown

with Nene. But Nene brings Marlo Hampton because, Marlo’s thing is fashion.  While Marlo and Eva haven’t been feeling each other this season Eva, goes along but wonders if this is Nene’s revenge for not inviting her to her wedding shower.

Marlo’s (Bitch-“O”-Matic) hit’s a nerve from the start.  “I NEED TO SEE SOME FASHION!!!” she orders. INSISTING Eva should go Couture instead of the simple elegant style Eva wanted.   When Eva came out in the number above,  Marlo went full on (BOM)  saying she wanted Eva, to take ten pounds off.    Wimpy Eva, said nothing….. But Nene had her back . Nene to Marlo:  “Bitch you need to fucking stop with your big ginormous ass up here eating cakes going to the Gas Station.”   And trust me, Marlo has been eating something, cause her pants had unnatural creases.  Nene, shut it down, Marlo was screaming in laughter.    Nene is my girl and I appreciated her having my back, Eva said to camera. So thank you Nene for coming to my defense and reminding Marlo the circumference of her ass is huge.

Its Miss Bitch 2 U

Marlo Hampton betta watch her mouth. Last night we meet Shamari’s mom Dawn.   Dawn is a tough ass broad who might cut a bitch.  Shamari parents divorced when she was eight and her mother worked three jobs while going to school.  During that time Shamari resented her mother for not being around.   Today she under stands and appreciates her struggle in building a new life for the family.  Her mom is a Labor and Delivery nurse practitioner and she’s very aware of what Marlo said about her.

Did someone call somebodies mama a B?