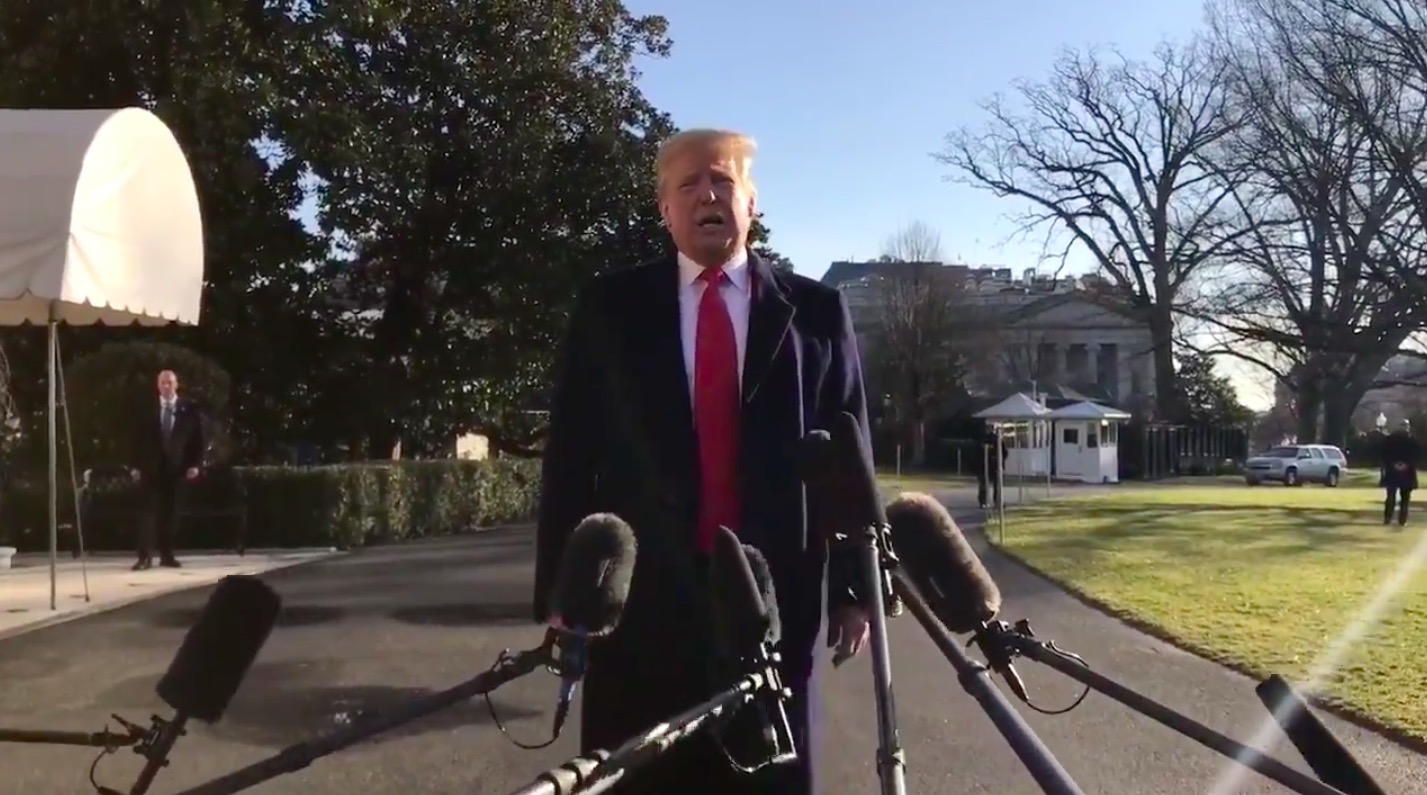 Sarah Huckabee Sanders was smacked down by Fox News, Chris Matthews on Sunday.

After a humiliating blow to Senate Republicans, Mitch McConnell is giving the Prez a big FU!    He isn’t sending anything unless its pre-signed by the Prez.

The Republican Senators up for re-election next year are defecting to the dark side (The Democrats) by the hour wanting the Government to reopen.

Today  the Billionaire who has probably never been in a Supermarket .says he can feel the pain of the people who aren’t getting paid this week.  “I can relate, and I’m sure that the people that are on the receiving end will make adjustments — they always do — and they’ll make adjustments,”

2 day, Da Prez is going on TV to save face.   The deal maker who has filed bankruptcy a half a dozen times ,who has lost millions because someone dared to remove his name from a Casino is  going to take 10 minutes to tug at your heart strings and why we need a partial wall to protect us from Godzilla, and Spongeball Square Pants.

Expect, spontaneous facts, and could be truths.  The Press will not be able to harass the Prezy Poo with silly insulting questions.  Real Facts or Fake News is to be avoided at all costs.  So well just have to take his word……

No one can fact check him later today . The fact that there is no evidence that Terrorist enter via our southern borders, they Fly Southwest and United with your nana.   Things like How could a partial wall, or poster protect us when it is estimated 35 billion dollars is needed to fully protect us?   Can’t someone simply walk around a partial wall, fence or poster. So, if I were a drug merchant, rapist, or terrorist, wouldn’t it be more advantageous to simply walk were the wall, fence or poster isn’t?  (the world is spinning)

No one mention Mexico, let forget the chants, the promise that American needn’t worry our collective heads as Meh-he-co was paying for it!   OMG that was sooo 20-sixteen!  I-phone seven or eight ewwww !

According to Prezy.  We are in wall state of Emergency

But there are questions, that won’t be asked……………

Why wasn’t it important, two years ago, when the Republicans controlled both houses?

Later in the week he is going to the border to pick out the bad guys against the wishes of his adviser in chief  Ann Coulter who said in a tweet: Trump GOING TO THE BORDER is beyond moronic.  Does he need to meet with a cancer patient before deciding to fund cancer research?”

He WAS prepared to go the distance.  To partially honor is campaign promise.  Some members  of his Party said, you can go the distance, alone.  He doesn’t mind getting push back from California, Wisconsin, and New York, they can all kick rocks.   But his base in Kentucky, West Virginia, Montana, who are hanging in with him with the Chinese Tariffs. (ouch) However if the government remains closed through next month, some of his base wont receive food stamps, wont receive farm subsidies.   He loves his base, as they unlike the rest of us, love him unconditionally and he needs their support.   I think the wall goes…