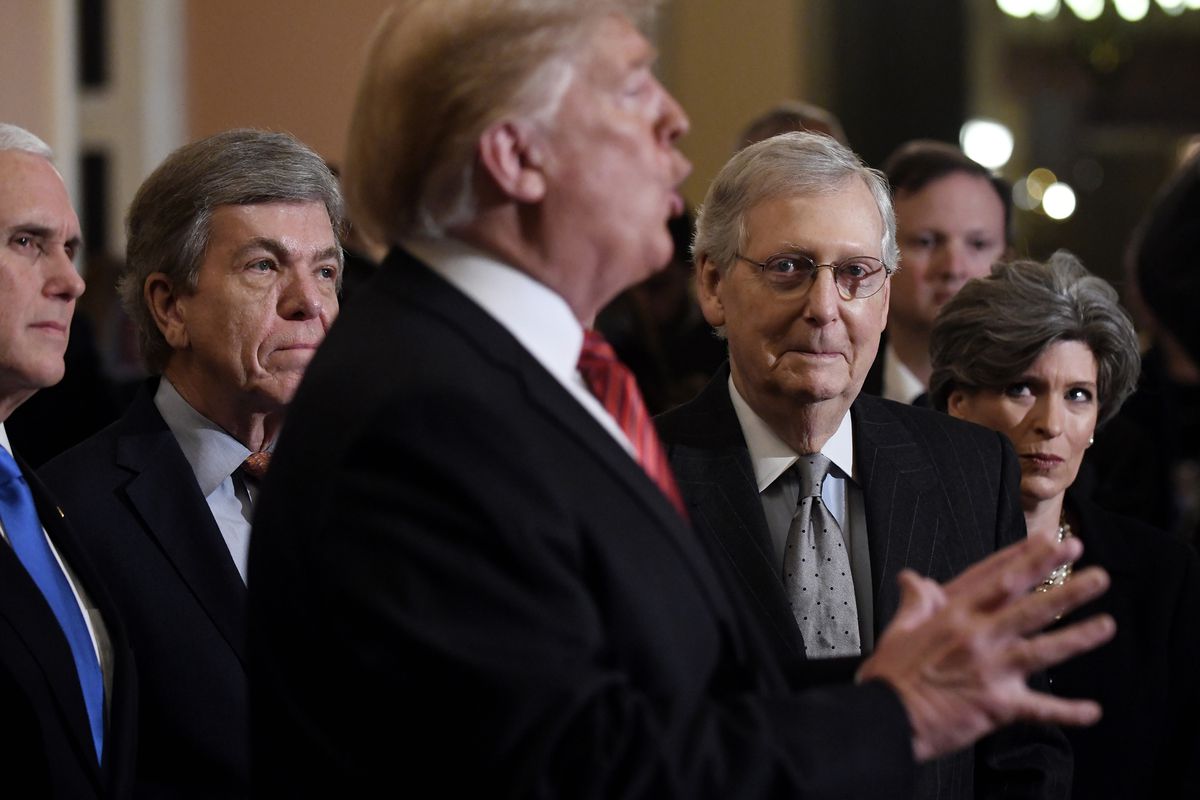 It was all agreed upon.  The Government would stay open, the he screwed Mitch McConnell and the GOP Senate and chose to listen to Ann Coulter and Rush Limbaugh who told him her must keep his promise or lose face.

The President’s  “Must have a Wall”  chorus is growing softer by the hour.  Four members joined the Democrats call to keep the government, that number grew to eight, and the latest number is twelve.

To override the Veto would require two-thirds of each house.

Mitch McConnell, has said, the will not present any bill the President wont sign.

Today 53 percent, of Americans blame The President and members of the GOP for the shutdown.

Press accounts of the negotiations: Trump Gimmie the Wall.  Democrats: NO!

In the poll of polls, the majority of Americans are against the wall.   The President’s base is currently happy with his position.    The Wall Shutdown, will damage both parties with the GOP receiving the brunt of the damage.   Should the Shutdown, extend to the end of the month, Food Stamps will be affected.   Affecting a large part of the President’s core in Appalachia.

The Democrats are in control. Pelosi and company will continue to make efforts to re-open the government.  In the Senate,  McConnell has vowed to reject any bill he knows the President wont sign.  The President’s is unpredictable, one day he is for and then the next day he is against any given position.  This has clearly damage relations Domestically and Internationally.  This last change, damaged McConnell, who believed the President.  One wonders if this is an  attempt by McConnell to weaken the President’s grip on the GOP?