For weeks, Eva Marcille has been throwing amnesia shade. She throws it and forget it sorta doing an Urkel (did I do that?) or the other hand Marlo has done nothing but throw shade at Eva. She said Eva had “no character,” called her “basic,and criticized her fashion sense”

Last night, Marlo size elevens stepped on Eva tiny toes for the last time! Eva, chopped up Marlo into bite sized Reese’s pieces. The two argued on the bus in front of company (the Japanese Tour guide Aya and the bus driver) for nearly 2 hours.   Was it childish? Yes!  Action not becoming two adult women? YES!  Was in the best representation of American Black women in Japan?  NO!    And I was there for it.!!!!!

“Excerpt’s from the bus Battle”

EVA: “My security does not lie in labels,” . I’ve been in fashion for years.”

EVA: “Because your OLDER than me.   “You can’t fit into nothing on the runway now,”

MARLO:  “Respect you Elders”
EVA:  ” I’m a grown ass woman married with two kids”
MARLO:   “With two baby daddies”
EVA: And you fit it in when? Never! January of never!”  “The way your ass is set up, you could never model. You wanna work for plus size? Stop. I don’t know where you’re getting these plus-size fashions from.”
MARLO:  Your Mama!
Eva, wasn’t having it, she stood and look like she wanted to throw down!
EVA:  ” I am so sincere” “Don’t do that”  “You betta save that mama shit for Shamari“
SHAMARI:  ” No the fuck you don’t!” “Don’t bring me up in this shit about my mama-you got the wrong one!
Eva told Marlo to tack that lace front back down! and at one point called her wig a hoodie!

The episode began where we left off with Tanya Sam fighting with Nene over her comment about finding someone to get married to.   Tanya is closest too Nene and was caught up in her feelings as she thought Nene was disrespecting her relationship with Paul.     Tanya, later brought up the incident with Eva, who basically told her she was over reacting.     Now one things is clear,  Nene does have issues with Tanya. Tanya suggested Nene shop has lower quality during a fashion challenge with Marlo and that comment isn’t sitting well with Nene.

Nene and Gregg are going at it.  Being a caretaker isn’t an easy job and with Gregg not responding to her, it was making her crazy. Her anger and frustration is spilling over into other aspects of her life.   Last night, she was fighting with production. 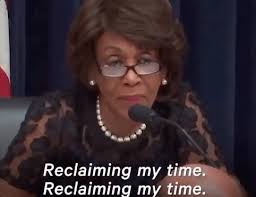 Nene’s troubles are not over this day as she is about to feel the wrath of Aya, the tour guide.  On the first day she told all the ladies that lateness was a form of disrespect in Japan.  Even after the warning, these ladies were constantly late getting on the tour bus.

Will a full itinerary, the ladies are still late getting on the bus.  But TODAY was not the day, Aya ignored Tanya and Eva and told the bus driver to go.  Cynthia called Nene, to explain. Nene said, she didn’t care.  But from this point forward something tells me Nene will be on time. As Aya was “Reclaiming her time!”

The ladies visit Tokyo’s Red light district, and do karaoke.  Kandi was disappointed  because she was hoping to get some ideas from the girls of Japan.  But the Red light district, like a lot of Japan was very clean and there weren’t any trashy girls in sight.

Inside, the ladies are having fun.  They find the Xscape song “Understanding”. In her Confessional, Nene threw some shade about Kandi’s singing.  Kandi later said “Isn’t this the perfect song for us to sing with all the arguing?” “This song brought us all back together with perfect harmony.”

One of the best scenes ever,was with Shamari and her sons who were very fussy and crying on the phone.   7000 miles away, Shamari quiets them in song.

Next week more drama in Tokyo

Do you think Eva Slammed Marlo?  Was it too much or not enough?