The Hyundai Group (Hyundai-Kia-Genesis) is serious.    Hyundai’s popular Sonata and Elantra models as well has Kia’s Optima’s and Forte has seen huge declines in sales.  Like the most of auto industry, consumers are choosing SUV’s over passenger cars.  With one exception Tesla.  If you in any major city you have seen a Tesla.

There are more 2018 Model 3’s on the road than the Ford Fusion, Chevy Malibu, and Nissan Altima.

Elon Musk now has the worlds attention.  Within the next 16 months, nearly every automaker will have an electric vehicle with a range of at least 200 miles in their lineup. The problem is, most of the planned vehicles are out of the price range of the average car buyer.  Jaguar I pace starts at 69K , Audi’s E-tron with 240 mile range will hit the streets in April starting at 74K.

The Tesla Model 3 was supposed to be at 35K the affordable electric car.  However, few has seen one. The average Tesla is selling for a pinch over 50k.   Tesla says, they will begin offering the base model this spring.  If you buy the base model as advertised, it will have a range of 264 miles and if your sticking to that price you must like the color black. Any other color is a fifteen hundred dollar option.

General Motors electric offering is the Chevy Bolt.  For 35,000 you can get a nicely equipped Bolt with a range of 240 miles.   The designers at GM went the Prius direction when it came to styling.   A car that said, I’m driving  I’m driving an environmental friendly non polluting car. Unfortunately the Prius isn’t selling and the Chevy Bolt are accumulating dust at Chevy Dealerships.

Its a sound car and a good alternative to Tesla. Unlike Tesla, no one would call the Chevy Bolt sexy.

Hyundai, developed its first all electric car in 1991.  In 2011, the Company introduced the Hybrid Sonata Hybrid to the US Market. Currently, the automaker has seven variations of Hybrid, Plug In Hybrid models including two all electric models the Kia Soul EV and the Hyundai Ioniq models.  Those two electric models have a range of less than 115 miles.

Last November, Hyundai announced they would sell an all electric version of the Hyundai Kona.  This car,while smaller than the Tesla has an all important range of  258 miles.  Only seven fewer miles than the standard Tesla model 3 and a well equipped model will begin at $37,000 excluding the $7500 Federal Tax Credit, no longer available on the Tesla***

The  Hyundai Kona, recently received the Prestigious “North American Utility Vehicle of the Year” a first for any Hyundai.   The Kona. should go on sale any moment in California. That’s the good news for California Residents.  The bad news, is there is a long waiting list.

However, the Kia is plans to release an all electric version of its Niro next month. The NiroEV is larger than the KonaEV. The two vehicles share the same  64-kWh battery  however the range on the NiroEV is 239 miles.    Unlike the KonaEV, the NiroEV will offer faster charging,  a CCS DC fast-charging setup, which can refill the battery to 80 percent in 75 minutes.  30 minute will add approximately 100 miles of range.

What is the Federal Tax Credit and why is it no longer available on Tesla’s?

The Federal EV Tax Credit is not a rebate on the price of the car that you get instantly when making the purchase. You have to apply to receive it when you file your annual tax return. You or your tax professional will fill out an IRS Form 8936, which is submitted with your return. Since it is a tax credit, you have to wait until you file your next year’s return before you will receive the tax incentive.

You cannot claim the tax credit until you take delivery of the new vehicle. Deposits and prepayments do not count. It is not available on leased vehicles.

Each vehicle manufacturer is allowed to sell up to 200,000 qualifying plug-in electric vehicles (battery-electric cars and plug-in hybrids) before the EV tax credit on their products begins to phase out.  This isn’t for one model, its applies to all EV models sold by a single Auto maker.

In addition to the Federal Tax Credit,  some states are offering credits and rebates. Colorado is currently the most generous of the states, offering a credit of up to $5,000 that can be used in conjunction with the federal tax credit to save you up to $12,500 off the price of the car. In some cases, the incentives come in the form of an instant vehicle rebate.

California offers rebates up to $7000*  for residents on purchased and leased Electric Vehicles, plug in’s and fuel cell vehicle.  The state offers higher rebates for lower income car buyer.  *Unlike Colorado, California’s rebates are based on specific models and the is less you earn, the greater the rebate. The Kia Soul is Kia’s best selling model by a wide margin.  It is known for its generous interior space and urban dimensions.   It will also be powered by the same battery as the Kona EV, and the Niro EV.   The Kona and Niro storage is larger the the Soul’s but the Soul upright interior is larger.   The 2020 Soul’s are all new, and with an estimated range of 239 miles the 2020 SoulEV has more than double the driving range of the 2018 SoulEV . The release date of the SoulEv is unknown.  Some sources say next month, others say mid summer.

Currently on sale in California, is the first SUV fuel cell vehicle the Hyundai Nexo 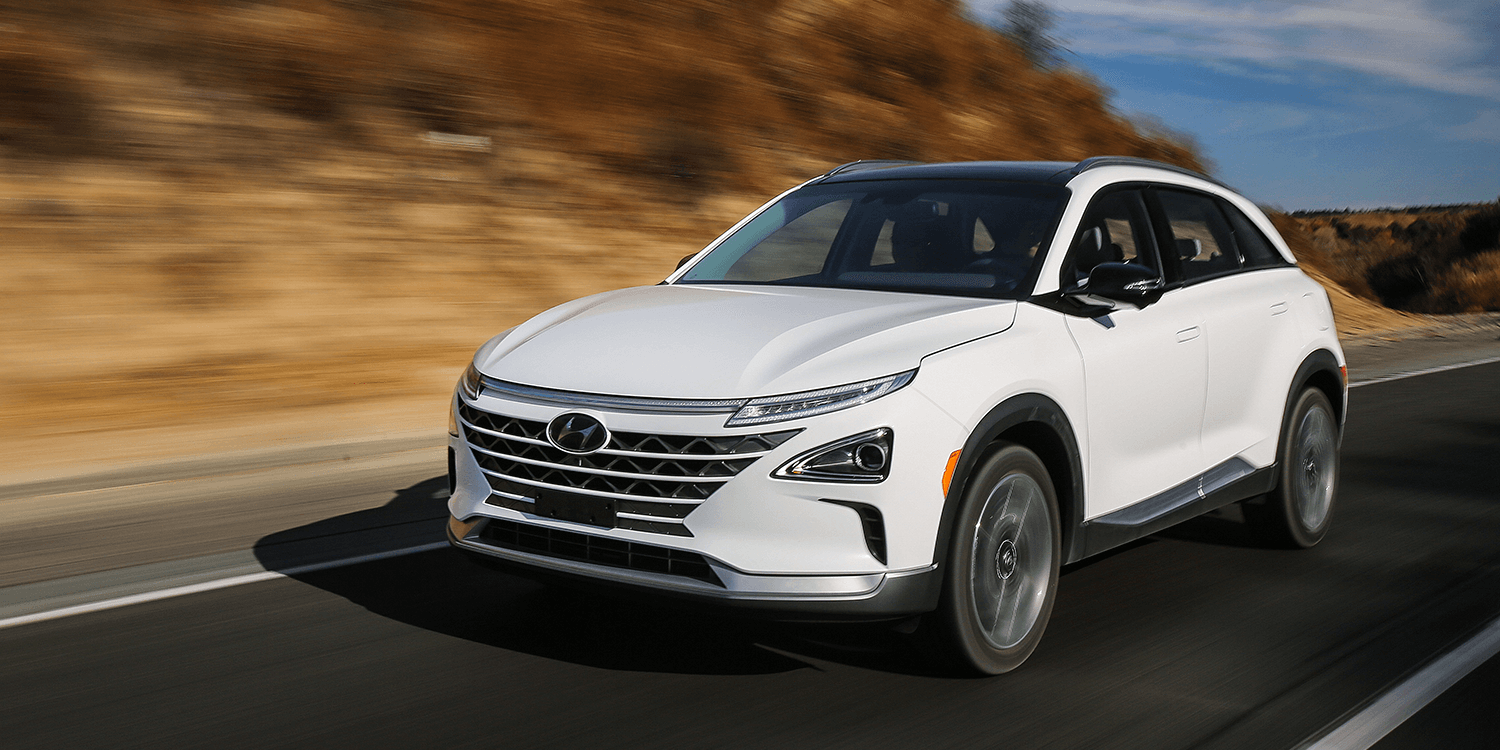 with a base price of 59,000 and a range of 380 miles. Last month Hyundai sold 35 models.   The challenge for fuel cells vehicles, is refueling  stations.

If your keeping count, the Hyundai group has four electric vehicles, four plug in vehicles and one fuel cell SUV.

The demand is high for electric vehicles, with prices under 40K Hyundai will be Tesla’s largest competitor this year in the US.

While Tesla has an apple like following, Hyundai will put a sizable dent into Tesla’s sales by the third quarter of this year.    Tesla’s Model 3 was to be the peoples car, and its technology is superior to anything on Hyundai’s drawing board.   However, what separates these companies is price and service.

Tesla, has a much smaller dealer network than the Hyundai Group and a shorter warranty.  However, many of Tesla’s fixes can be done electronically without the customer stepping into a service department.  Hyundai has more experience building cars.

If I wanted to buy an electric car today, are there any deals?

With the exception of the European makes and the Chrysler Pacific plug in hybrid models, deep discounts are available.  There are also deep discounts for the lower range (less than 150 miles) all electric vehicles.

However, the best buy is on the all electric Chevy Bolt.  The Bolt has a range of nearly 240 miles.  When it was released, they sold quickly at full price.  Today, they are sitting on dealers lots.  Deep discounts and are available (check Chevy’s website for rebates) and as of this writing The Chevy Bolt still qualify for the full ($7500 Tax Credit-today**)

How does the Niro Drive?