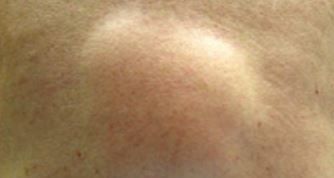 The best friendships/relationships hit a bump now and then. In short time that bump get larger and instead of looking for a solution or a cure we pick at the bump, it which builds anger and resentment.
Silence is the enemy
Left on its own, the bump becomes infected. No one wants to be the first to reach out. No one wants to talk about the bump which is front and center in their lives. Over time silence overwhelms the relationship and the infected bump has left a scar.
We can prevent this from happening
Putting ego aside, break the silence. Leave a message that says I miss your voice. You can always talk about the bump later. The most important thing is to re-establish contact. As long term silence can destroy the strongest long term relationships. Can we meet or go for……….
Bumps happens over time. They often occur when one or both parties are uncomfortable telling their truth. They sometimes fear they will be misunderstood or rejected. So they hold on to it until a bump appears.
Remember the things you love and cherish about the your friend or partner. Make an effort to spend time together. Just the two of You. Over time some people forget about the bump. However, if the bump is still present. Write about the bump. Give a copy to your friend and realize everything won’t be resolved today. It will take time. Today you have your friend or partner.
Ask The Rodfather is an Common Sense Advisor  he can be found on facebook
https://www.facebook.com/ASKTHERODFATHER/