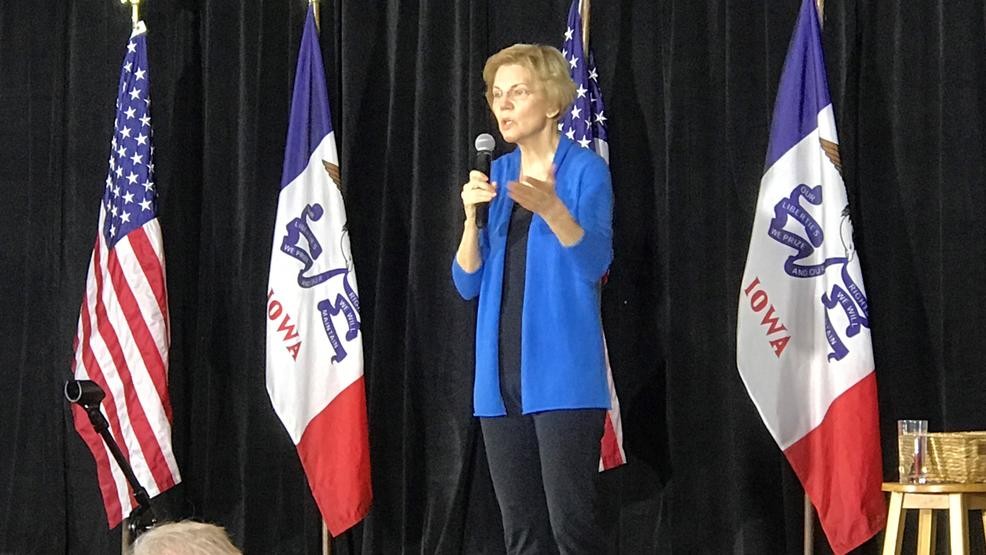 (CNN)-President Donald Trump might be in jail by the time Election Day comes around, Massachusetts Democratic Sen. Elizabeth Warren said on her first full day of campaigning as a declared presidential candidate.

“By the time we get to 2020, Donald Trump may not even be President,” Warren said to voters in Cedar Rapids, Iowa, gathered at the Veterans Memorial Building. “In fact, he may not even be a free person.”
The moment marked a notable shift in tone for Warren, who has been reluctant to take on Trump directly by name since she announced her exploratory campaign on New Year’s Eve.
Warren elaborated on those comments to reporters at an event in Iowa City, pointing to the ongoing investigation of Russian meddling in the 2016 election by special counsel Robert Mueller.
“Well come on. How many investigations are there now? It’s no longer just the Mueller investigation,” Warren said. “They’re everywhere and these are serious investigations, so we’ll see what happens.’
Click on the link below for the complete story
https://www.cnn.com/2019/02/10/politics/elizabeth-warren-donald-trump/index.html